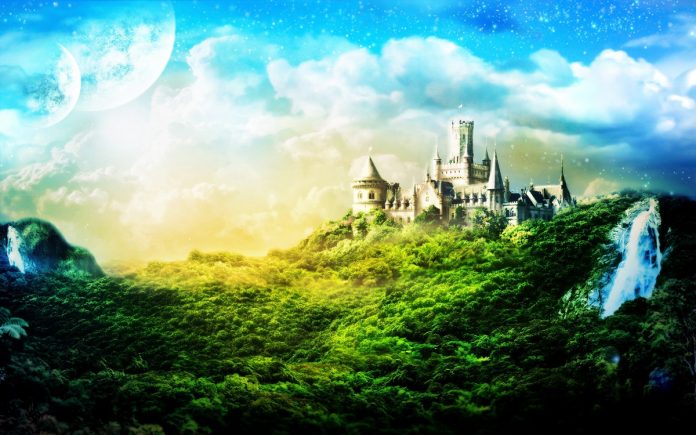 With this essay, I conclude my series on fairy tales. I’ve not discussed everyone I could have (E. Nesbit and P. L. Travers, for instance) but have written about those whose stories have especially entertained and delighted my imagination.

For this final essay, I wish to revisit the aim I stated in my first essay (The Personality of Phantasy)—namely, to encourage the reading of fairy tales. In support of this goal, I shall cite three of the brightest fantasy luminaries: J. R. R. Tolkien, C. S. Lewis, and L. Frank Baum.

In a lecture delivered at the 1938 St. Andrews University Andrew Lang Lectures, and subsequently published in the volume Essays Presented to Charles Williams (edited by C. S. Lewis), Tolkien presented his expansive view of fairy tales, from which I’ll note two things. First, there was a sense in which Tolkien saw fairy tales as true. He argued that “myths originate in the mind of God [and] preserve something of God’s truth, although often in a distorted form.”[1] Tolkien’s Ordinary Virtues (2002), a brilliant study by Mark Eddy Smith, splendidly illustrates Tolkien’s use of fairy tales to convey divine qualities and themes. Second, Tolkien utterly rejected the notion that fairy tales are strictly children’s fare. “I think the so-called ‘fairy story’ one of the highest forms of literature, and quite erroneously associated with children.”[2] In a lengthy passage in his St. Andrews’ lecture, he contends adults should read fairy tales as a natural branch of literature.[3]

C.S. Lewis made the case for adults reading fairy tales even more cogently, I think, than did Tolkien. “I wrote fairy tales because the Fairy Tale seemed the ideal Form for the stuff I had to say. . . at its best [a fairy tale] can give us experiences we have never had and thus, instead of ‘commenting on life’, can add to it.” For this and other reasons, the creator of Narnia believed “a book worth reading only in childhood is not worth reading even then.”[4]

Possibly my favorite perspective on fairy tales comes from L. Frank Baum, the Royal Historian of Oz. In his preface to The Magical Monarch of Mo, Baum provides a less scholarly but immensely satisfying reason for reading fairy tales. “These stories are not true; they could not be true and be so marvelous. No one is expected to believe them; they were meant to excite laughter and to gladden the heart. Perhaps some of those big, grown-up people will poke fun at us—at you for reading these nonsense tales . . . and at me for writing them. Never mind . . . we need not consider them at all, for they are self-exiled from our domain.”

Should you wish to discover a realm where the heart is reawakened, laughs, is gladdened, and is schooled in noble lessons, let me encourage you to find some “beloved nonsense” (Tolkien)—a fairy tale—and read it.

[4] Lewis CS. “Sometimes Fairy Stories May Say Best What’s to Be Said,” Of Other Words

His series on fairy tales are available for reading under “Non Fiction” category of Modern Literature.