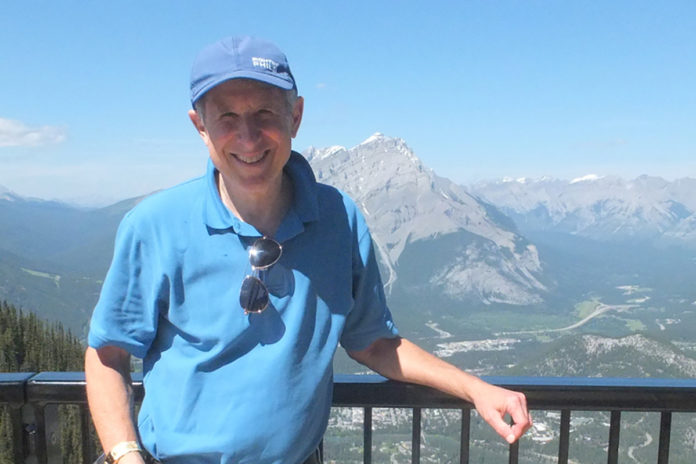 Baseball has always been my favorite pastime.I learned the principals of this game when I would visit my grandparents at the innocent age of nine. I would sit with my grandfather, a short stocky man with a bald head and glasses, glued to the old black and white TV, as he would explain the game to me.He died on my 10th birthday in November of 1963, but the seed he planted took root, and I knew when spring blossomed I would join the Little League, and learn how to play baseball.

In the winter of 1964, my grandmother revealed to me that my grandpa had played in summer leagues and was scouted by the Philadelphia Athletics, an American League team. They offered him a tryout during spring training in the winter of 1917. Upon hearing this, my grandmother gave him an ultimatum. “Herman, you can play baseball, or be a father; but you’re not going to do both.” From my previous experiences I knew when my grandmother barked out an order, he obeyed.My grandfather chose to be a parent as his wife was pregnant with her first child, who turned out to be my mother. On a cold day in January, many decades ago, my grandfather’s dream ended. At ten years old my dream had just begun.

Learning how to play ball was awkward at first. While trying to catch a pop fly, the hard white ball glanced off the side of my glove and landed on the bridge of my nose. My eye hand coordination was good when learning how to hit, but my timing was way off.  It didn’t matter much, as in those days the 10 year olds kept the bench warm and we only played out in the field for the last inning.

At eleven I finally got the chance to play more. My fielding improved and I was able to contribute with some timely hits when the opportunity presented itself. By age twelve, I was made a starter and became the cleanup hitter (the fourth batter in the lineup), as the manager determined I could hit with power. His hunch paid off on the very first game. On my second at bat, I muscled a fastball toward the right center field fence. I’ll never forget the pure sound of the bat making contact with the ball, the power generated as it leapt off the Louisville Slugger, and then watching it soar over the fence while I circled the bases. The next time I came up to bat, I crushed another pitch over the left center field fence driving in three runs. I circled the bases in my home run trot while listening to the screaming of my teammates.  We won this slugfest 14-12. I only cleared the fences two more times for the rest of the season but my seed of desire was firmly rooted, and I knew I wanted to continue to play in the next league when I turned thirteen.

When I entered the Babe Ruth League, I was undersized, the field was bigger, and the older players were better than me. Again I sat on the bench, mostly watching, but I wasn’t deterred as I knew my time would come.  At age fifteen I was thin, but had grown taller and stronger. I became the cleanup hitter once more. On the very first game, I came up to bat with the bases loaded. The pitcher knew he couldn’t pitch around me or tease me with pitches off of the plate. I dug my cleats into the dirt, and the center fielder started creeping in.Perhaps he felt this skinny scrawny kid couldn’t hit with power. The pitcher wound up and threw the ball over the heart of the plate, belt high, and right in my power zone. The bat hit the ball with a loud crunch and rifled out into center field way above the center fielder’s head. The ball kept rolling when it finally hit the ground. By the time the outfielder retrieved the ball, I had circled the bases, experiencing my first grand slam home run. It would turn out to be my last home run in organized baseball. The opposing players were on to me now, and played deep in the outfield.

My hard ball days were over by the end of the season and I only played softball for the rest of my years. When I went to High School, the pitchers were far superior and threw much harder. I felt I wasn’t good enough to make the High School baseball team, and chose to play tennis instead. Nonetheless the desire to hit another home run was still well entrenched. I came close to hitting one in summer camp, but the outfielder made a tremendous over the shoulder catch to rob me of this ultimate thrill.  I played softball in college with a fraternity league, but never was strong enough to power one out of the park. I still clung on to the hope that one day I would live that dream once more, feeling the ball leaping off the bat and circling the bases one more time.

I came close at the age of thirty-three playing in a summer softball league. I came up to bat with two men on, and hit a screaming line drive over the outstretched glove of the shortstop. The ball was perfectly placed between left and center field and had the momentum to travel a long way. There was my chance. I ran hard to first base pounding the ground with my cleats. I rounded first base running full speed to second. My heart was racing. This could be it, I thought. My breathing was getting quicker as I rounded second.  I started to huff and puff lumbering to third base. I took a quick look into the outfield, and glimpsed the fleet center fielder holding the ball preparing to throw it in to the cutoff man. The third base coach put his hands up signaling me to stop at third. Darn it!

The years went by and the dream was still there. At age 35 I married and had children shortly after, thus no longer having the opportunity to play organized ball again. I had arrived at the same crossroad my grandfather faced more than seven decades prior. Like him, I now had a higher priority of being a parent. My dream about baseball and hitting one more home run went into hibernation.

Then at age 55, almost 20 years later, I decided to organize a baseball game with the company I worked for. It would be the white-collar workers vs the blue collar workers from the warehouse. Before the big game, I went to the batting cages and practiced hitting both slow and fast pitches. I had my timing down by the day of the game. I strode up to the plate with two men on. I just needed a single to drive in two runs, but my goal was much loftier. The pitcher threw a slow high arcing pitch to the plate. I knew I didn’t have the power to drive this type of pitch.  I needed speed in to generate the power out. I baited the pitcher. “Hey Dan, that’s a sissy pitch. Throw the ball in hard.”

“You want a fast ball?” he replied.

“You bet I do.” Then he wound up and he threw a fast underhand pitch right over the middle of the plate.  I was ready. I wound the bat back and then uncoiled it, unleashing a torrent of bat speed and connecting with the ball at the precise moment. Thump! The sound was melodious, as the ball screamed into the outfield over the left fielders head. I admired the flight of the ball soaring through the air, and barely moved out of the batter’s box. Then it dawned on me I needed to start running as there was no fence on this field. The outfielder already had a jump on the ball as I began running full force. I rounded first, headed full speed to second base,and kept running. As I approached third base the coach held his hands up. I couldn’t stop now. This might be my last opportunity to fulfill my dream. I ignored his stop sign and kept going. The catcher was out in front waiting for the throw to come in.  I saw the ball going into his mitt as I slid into home plate.  A cloud of dirt sprayed into the air as I slid across the plate. I felt a glove brush my leg. This was too close to call, I thought, but the umpire looked at me and yelled, “You’re out!”

I never did hit that last final home run but my love for baseball has not waned. The days of sitting with my grandfather and watching the Philadelphia Phillies still remain embedded in the deep recesses of my mind. Now I go to baseball games with my friends and family, and like my grandfather before me, am rewarded with a vicarious pleasure, whenever I see a major leaguer hit one out of the park. I hear the loud crack of the bat hitting the ball, and watching it rocket over the fence and plummet into the seats is pleasure enough for me.

I sometimes wonder what my grandfather would have thought if he could watch me from heaven and observe me blossoming into a young baseball player. Would he want to show me how to throw a curve ball or a four-seam fastball? I had no one to teach me these things. Or would he have taught me how to choke up on the bat or swing sooner on a blazing fastball, my Achilles heel. I, in turn, would want to ask him what position he played. My mother and grandmother had no idea. Was he a pitcher, catcher, or an outfielder, as he was too short and stocky to play the infield? He left this earth too soon and I can only speculate what was and what could have been. What I do know is he imbued in me a love of baseball at a young tender age, and for that I will be forever indebted to him.

Joe Bakovsky’s writing experiences began shortly after his graduation from Hofstra University. Initially he began writing articles for local club newsletters. From there he progressed to plays, five of which were performed locally in the Philadelphia area. He has two of his novellas published. He resides in the suburbs of Philadelphia and has two sons, Jake and Sam.