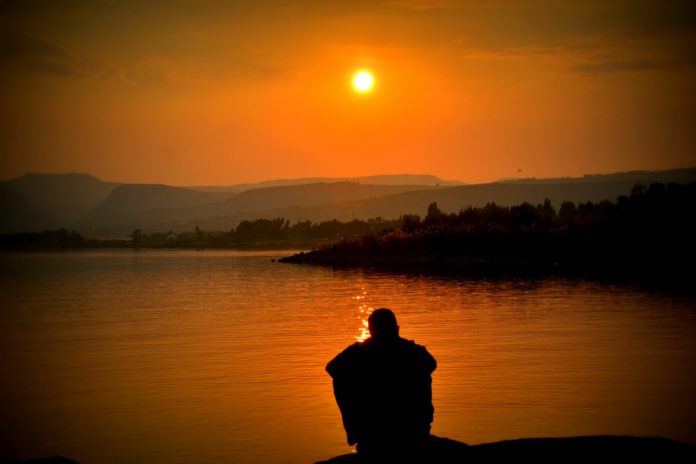 Where do you usually write? At a computer? Longhand on a yellow pad? Typewriter?

Ideally, I write prose on a keyboard, because I need the speed of writing to come close to the speed of thought. If something occurs to me out in public somewhere, I might scrawl phrases and ideas that I will later flesh out on the keyboard. In contrast, when I am writing poetry, I write on a notepad (or something small) and I am standing up and walking or pacing the house. I want to be physically active. I am taking steps, and my thoughts are striding along. The speed of the words as they are recorded needs to be slower in poetry, so that I can deliberate a little more, hold them in front of me before letting them go.

How much research do you do?

I used to answer this by offering the list of every book I ever read. I learned something from them, even the bad ones, and the way my thoughts and writing style formed was in large thanks to them. So, I never research anything. If I don’t know it, I don’t write about it. But that’s not exactly true. There are times when I’m curious about something, and I look it up with the possible intention of writing about some aspect of it. But I generally write like I draw pictures; I just do it off the top of my head.

Is there a relationship between your art and your writing?

There is in that they are made from the same source, and the concerns I have in one run parallel with the other. There is also the idea that writing and drawing come from the same prehistoric backyard. They may have been linked, as is evidenced in pictograms. I sometimes feel this link when I’m covering my world with inky marks as easily as I cover it with words. But I go into each one with different ideas in mind.

I’ll give you three examples — two writing and one drawing. In my memoir, I naturally turn to the past to get something from that time. By contrast, when I write poetry, I make up a lot of it, almost as if writing snippets of responses to some of my favorite books, as if reacting off night dreams. Better yet, I am really trying for the poem to come to life without having a strong reception to a past. Poems are about right now, with tenebrous links to past and future. When I paint, I try to bring up the images I have in mind. There might be a narrative sequence to these images, and they might even insinuate words, but they are wordlessly quiet, even if word balloons show up with mysterious symbols in them.

How many half-finished works do you have?

Like most anybody, too many. If you go back to every idea I put to pen, it would be impossible to count. I do have a battalion of books filed away in various stages of completion that are still in the running for becoming finished. They are a collection I keep that somehow describes my possible future career as it might look with that many accomplishments. I don’t know the number off the top of my head, but it is slowly growing. I do know that together, they comprise over two million words.

Does writing energize you?

It could if I’m excited about what I’m writing. Sometimes, I don’t feel like writing, mostly because I have nothing in mind at the moment, but I force myself to continue the practice. And this could energize me if I find a pot of gold in this dense forest. But often I feel bored or dejected when nothing comes out of these sporadic adventures.

When I do have something to say, it is quite different. It could also go one way or the other. I either take the idea I have in mind and use words to choke the life out of the voice, and thus kill the piece, or the two come together nicely. I get excited when the latter circumstance is happening.

Do you make demands on the reader?

I used to. I feel they were unrealistic demands. I used to feel that if a reader did not understand the connections I was trying to make, then I had done what I could. This was frustrating for anyone, because these connections I believed in were more obscure than most readers would allow time for. So, I stepped back, and I moved to a more communicative approach and dropped a lot of these wonderful ideas along the way. They might have been wonderful, but I didn’t have the ability to bring them into this world.

I now write with more responsibility as a writer. I don’t merely tack on the duty to a capable reader (although I still make demands on the reader, I think). The idea is that you have to supply the words with different layers of understanding. The texture is there at the most superficial level, and that is the one thing everyone will recognize, consciously or half-consciously. And then there is the shape the texture dresses and is influenced by, and this could be the events or the sequence or the actual representation of things. And then the forces at work that animate the shapes, if you go in deep enough, and then finally the patterns the forces create, if you are stepping so far back as a reader, that you can almost sense it all. Regardless if a reader can or cannot, it is all there. And all of these things have a place in the experience of the reader, whether the reader responds to it or not.

Have you ever gotten reader’s block?

I’m not sure I even know what that is. But I do go through periods of not reading anything but comic books. During such instances, my writing suffers for it. I have a long list of things to read, but each book needs to arrive at the right time. If I feel I’m not ready for a certain poetry book or a rereading of Moby Dick, I put it off until my current state-of-mind is in line with it, or the right season has arrived. Sometimes, because of these dynamics I place on my reading, I don’t have something ready, so I find I’m reading comics or art history books. I’d like to read poetry everyday — at least, that’s been the plan. I don’t own enough poetry books to fill my reading year, and the libraries no longer carry much of such stuff anymore. So, I need to buy more poetry.

I would have said Moby Dick or Nostromo, but that might not be right for this question. If I argue that nobody reads Moby Dick and hence it is unappreciated, then I would be answering the question. But Moby Dick is still celebrated, so I should find a better answer. There are so many books that fall under this heading.

We were talking about the responsibility of the writer, and as a reader, you have a responsibility too. I don’t know if most people realize this. You have the responsibility to try to turn the book around and find it through the author’s time and place. Who was this person when the words were put to paper and what was really being said? When you pick up a book, there are certain things the book is telling you about it before you even start to read. The title, the cover, its dedication. They could be sending you the wrong message, but you try to figure it out early on, maybe to see if it is your cup of tea or to try to understand where the author is coming from. If you read it and pick up on something other than what is in the words and implications, it is hard to ignore, and the reader should make an attempt to understand this. For example, when reading a 19th Century novel, where the language is more formal, it is easy to dismiss it as hoity-toity and forget that its stiff style might actually be the weave it needed for the story. I don’t know if my idea is coming across. It’s complicated, but I do feel the reader has a responsibility to get at what the writer is trying to accomplish — to try to step into the writer’s shoes — even if they don’t care for the work before them.

Do you view writing as a spiritual practice?

I don’t know. There was a time I did, and I’m sure there is some idea of that now lingering still in the back of my head. Yes, all types of art-making has to have a spiritual component for it to even be an art form. But if you hold that concept up to the light, as if admiring a piece of well-made machinery at the same moment as when you are trying to make it work, that thing that makes it run so well has just ceased operations. If writing becomes a means of getting the spiritual out, it won’t. I recall a long time ago writing some piece of inspired narration, and I was addressing the soulful outlook I was having with the richest words I could pluck from my growing well of eloquent words. It was the closest, as far as I can remember, of having felt that inner spirit at the same time as I was working. And the real problem came later when I tried reading this thing, and it felt like scrubbing sandpaper on your tongue. I felt so embarrassed. Because you declare something, it does not make it so. Lesson learned.

Have you ever read anything that made you feel different about fiction?

Yes, I’m sure I did, though nothing comes to mind. I could say the same things about other genres of literature, not just fiction. The Lives of the Twelve Caesars by Suetonius is one of those books that is not fiction, but it made me feel a bond with the humor of the time. I was mesmerized by the idea that something that was two thousand years old could make me laugh like that! The humor in it seemed to transcend time. Then again, the credit could be given to the translator, Robert Graves, whose broad talents might have nudged the English version to be funnier than the Latin. I’ve always meant to read a different translation of that book to see if it brought out the same comedic effervescence that Graves’s version offered.

What authors did you dislike at first?

The ones I dislike, I usually don’t change my opinion on, even after reading other works by the same author, sometimes multiple times — and I read them several times because I’m such a glutton for punishment, honestly. I remember not understanding what made Charles Dickens so great. A Tale of Two Cities is one of the worst pieces of classic literature I had ever read, because of the convenient coincidences, the cardboard characters, the tidy lesson at the end — all staples of Dickens story-craft, as I learned from some of his other books. Then I read excerpts of this book years later, and I noted how well he turned a sentence, how the pacing between the words and imagery were trains of thoughts and diction that shared the rails at the same time. And I respected him thereafter as a capable stylist, even if the actual stories, though iconic, were not all that exhilarating.

By the same author: The Newsroom Look – By Rey Armenteros 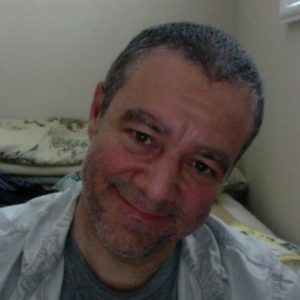 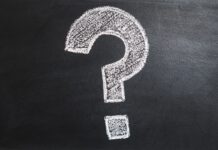