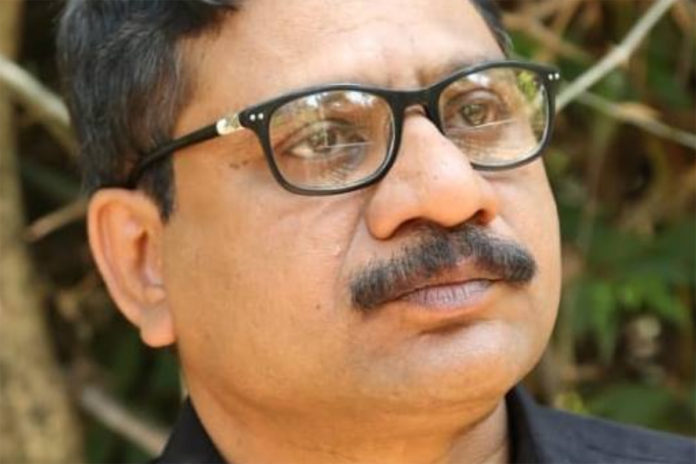 When bedridden,
even a tiny one room house
can become a big world.
A sea’s distance to the nearest object,
a birth’s distance to the nearest being.
Your language may become alien to all.
The sound of others, a light year away.
Your hand that extends
to grab the glass on the teapoy
is extending to a foreign country.
To discard the wilted flowers in the vase,
to reach the old magazine,
you will turn into a schooner sailing downwind.
In order to reach you,
a short reply will have to traverse
the hills and valleys in your ear.
In that home with a single room,
there will be various times.
No news will reach you
before it turns cold and frozen.
You are no more waiting
for what you waited all this while.
When you are bedridden,
the world doesn’t shrink within four walls,
the room turns into a world.
Like never before,
your body turns into your own neighborhood.

The deceased arrived to vote,
at a lonely and dark booth.
Are you here to vote?
the officer asked.
Yes,
they answered in unison.
We are from heaven
where there are no issues.
In fact, it is luxurious.
But, we are bored.
Same ruler, same cheer.
No democracy at heaven.

You are right,
agreed the officer.
Democracy is only on earth,
that too at select places.
But, there is no difference.
We have been voting for so long,
but the ruler never changes.
It’s always the devil.

On the night Ummukulsu died,
Umma stood outside, alone.
All the kin had left,
the courtyard had become deserted.
The chairs, lights, mats on rent were taken away.
The murk spread till the base of
the champak Ummukulsu had planted,
wiping the teary light of the tiny kerosene lamp.
Grazing the slipper she left on the stone steps,
an Asian Koel roosted in the rock-ribbed patio, detached.
The wind fooled around, patted her slightly torn top on the southward clothesline, ascended the tree.

On the night Ummukulsu died,
Umma stood outside, alone.
An abrupt downpour and Umma scurried in
and darted out with a dotted umbrella,
its broken rib that Ummukulsu nattered about.
At the cemetery, Umma placed the umbrella
over the heap of freshly leveled soil.
Endless, the rain on Ummukulsu’s death night.

Rafeeq Ahamed (b. December 1961) is a Malayalam poet, lyricist and novelist. He has won the Kerala Sahitya Akademi Award for Poetry and is a five-time winner of the Kerala State Film Award for Best Lyrics. With more than 500 songs to his  credit, he is regarded as the most successful and critically acclaimed lyricist of contemporary Malayalam cinema.