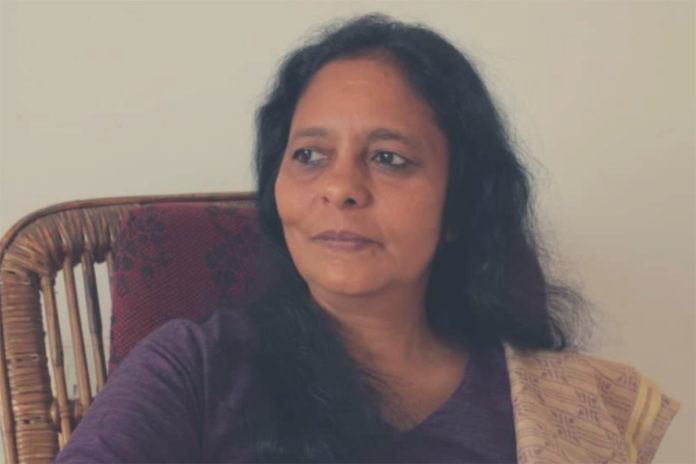 One body is not enough
to spread as myriad,
to be many horoscopes:
Matsya
Kurma
Varaha
Peacock
Tiger

A multiplicity of single cells
that tangles
or unravels and separates
splits into many shapes
breathes in varied languages.

This body isn’t my fit.

I want to roar
as sea and thunder,

glide into earth with my wings,
an erstwhile star.

I want to bloom
into trees and sun rays,
blaze into the sky.

Hence,
accept this body of mine

and in return
gift me many forms

a passion that doesn’t hit
the dead end of death

the other (bodily) life.

Devdas or Transmigration of Souls

Arrival
from the storybook of Saratchandran.

In the eye,
the ashes and embers of an old century,
blabber of the one sleepwalking to pub.

In that vein,
he sat on a chair in a room he entered
and went on, I am not the one.

Am I his dummy to cry my eyes out
as he keeps writing?

As I wasn’t
either the elusive kamini
or the approachable Devdasi,
his anger passed, did not touch a nerve.

I like to be someone else,
by my own free will.

There rests,
a row of Foucault.
Besides, Baudrillardanandavardhan*

Else, history astronomy
cinema feminism philosophy
pick the field you want to make a mark.

If not,
the upper shelf has abundant novels

old new western oriental
those that do not fit into any of these genres
be your favorite character.

take your time to decide.

He told me
the age of books are over.

If so,
the film festival began yesterday.

In case Bollywood doesn’t suit,
try your luck in world cinema, I said.

He did not answer me.
Instead, spoke about transmigration of souls.

I do not know
what happened to him
who metamorphosed into me.

I stumble
through a nineteenth century dark alley
hunting for a liquor shop.

Have you heard the ocean
flapping its wings in the shower?

Oh, the infinite seas
that we crossed together.

The sea of Butterfly Peas.

Did you forget the sea at Bekal
that opened its third eye
and swung into Siva Thandava?

Didn’t we see together
the sea with tearful, turbid eyes
and the calm sleepy sea
a day before Tsunami?
(What a sky it was!)

I have not seen
the Atlantic or the Pacific –

From which sea did we surface?
To which gulf are we floating?

Still then,
some sea strangles my body.

Hold your sea closer to mine.

I can hear the rain now.
How about you?

Ashalatha is a Malayalam poet and translator whose collections of poetry include Kadalppacha (2002) and Ella Uduppum Azhikkumbol (2013). Her translations include Chitragreevan (Gay Neck, Dhan Gopal Mukherjee), Agolavalkaranavum Asamthrupthikalum (Globalization and Discontents – Joseph Stiglitz -co-translated by K. Rajagopal), Sambhashanangal (Interviews of K AyyappaPanikker – co-translated by K AyyappaPanikker), Aadinte Virunn (Feast of the Goat, Mario Vargas Llosa). Her translation of Feast of the Goat won the Kerala Sahitya Akademi award for translation in the year 2010. She also has a Ph.D from Calicut University, Malayalam Dept for her research on the topic: Construction of Gender Images in Contemporary Malayalam Cinema.