The winter arrived early on the doorsteps,
little ponds of stars freeze beneath thy feet
as the last sun dies on the porch.

Thy mouth is dry as a redbud tree,
as Demeter mourning the last words
he heard from his daughter.

Now the very little lines that come,
die in a fragile dance leaving the lips
that once chanted the vivid dreams of a generation

with sadness and poise. The chanted songs come to die here and enter through the open doors
as his eyes cry with carelessness.

And with the heavy and cold air
came their petals again, half rotten
and dying on the parquet.

But they are here again,
with the one who saw them once quell
in the tumultuous earth

as the rest of the sleeping feathers. So they came
gracious and dying, saying goodbye
as the man in his robe replies.

As a plum lullaby
of a perched soft-rain forms
little ponds in the ridges of our ceiling
and slowly close our eyes
with a sweet slippy song;
I wonder if all of this is true
and you lie here by me
while the rain bathes
the place we call home.

Maybe what holds this together
are my eyes that ponder the frigid reality
in front of us, and maybe you’re part of that creation too
and lie by my side just because
I can keep my eyes open longer than you,
maybe this is just a desert palace
waiting to be swept away
by the hubris of time,
a used match waiting to be eaten by the gutter
to be never seen again,
falling with the dignity of knowing
the world has ended.

So, I’m afraid of closing my eyes
and changing this reality in a glimpse.

To vanish will never be
as hard as disappearing, I carry

the solemn weight of my father
wrapped in smoke, never knew

this was the way death felt;
with a gripping pulse against my chest, I carry

him along the way as a shadow
with his hand in my ear, creating

a strong pulse of tinnitus. And
when I look back there’s nothing, but

the buzz remains
as the days move away from his tomb,

and he’s still there,
with his cigarette silhouette and the odor of whiskey.

is the only one capable
of looking at his face coming back.

Where this line ends
new lines will form
from the drops of rain
that have just fallen
over our heads
as we wait for the bus
coughing
as the drizzle tightens
and my clustered eyes
begin to ponder upon the last rains
that have fallen across this place.

I remember vividly
those times when
the rivers ran slow
in scissor’s branches
across this town,
but now they
tend to move in the famished
yawn of a dying soprano
losing the feathers of her dress
as she sings quarrying the last verses
and we look back
and forget about Orpheus
and his marble notes,
so we fall from that abyss again
and again and again
as sky’s window rattles
behind us
and closes itself,
and we move towards the gears raking
the bitter sound of our future. 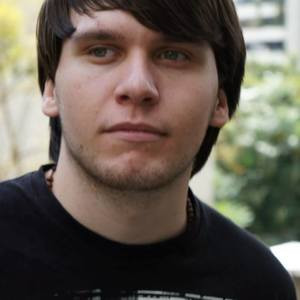 José Luis Álvarez Escontrela earned his B.A. in Letters from the Universidad Central de Venezuela. His poems have appeared in the anthology Poetas de la noche-I edited by Diversidad Literaria (Buenos Aires, 2015). His poems in English have appeared in Juste Milieu, Rigorous, Queen Mob’s, Pamplemousse and Sonder Midwest in 2019. His poem “Speaking in the Mother Tongue” is to be published as the winner of the Barbaric Yawp! Contest organized by Inkwell Literary Agency. In June 2019 he was selected as a finalist in the 4th Rafael Cadenas National Young Poetry Contest with the poem “También la lluvia“, which appears in the anthology published by Banesco, La Poeteca. He has published non-fiction articles in Problemon (2019). 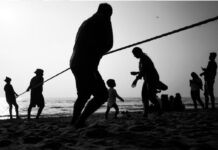 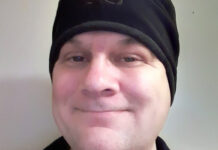