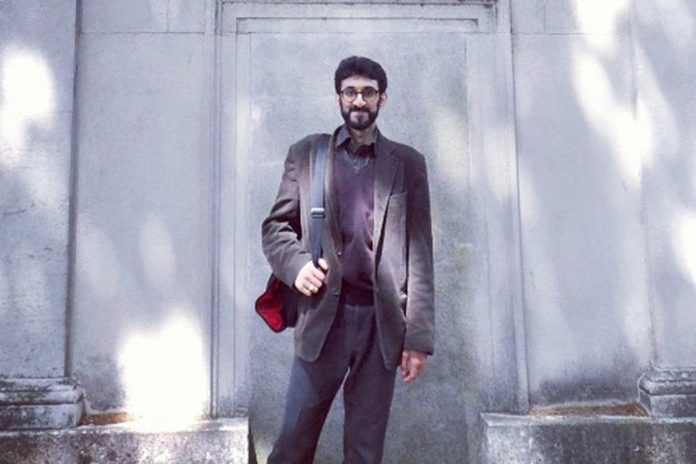 Introductory Note by the author :

Catullus succeeded in his aim to make it ever impossible to pinpoint the identity of his beloved and yet to demonstrate its power by describing her character and personality in surprising detail. Secondly (although the Romans authorized many types of institutionalized erotic relationships) an attachment between a man and a married woman of high status could never be licensed. Thus the very nature of their relationship was unspeakable. Also the poet’s genius lies in weaving the constantly shifting boundaries between the sacred and profane, as in poem 2 wherein the sparrow is slang for penis (sparrows drew Venus’ chariot) – This Catullus composed as an ode to Lesbia’s pet in the conventional form. Poem 3 is a dirge on its death.

Some of Catullus’ poems have been translated and his situation transposed onto twenty-first century London.

Gods be kind I’ve set to write a poem
I hope it won’t turn out to be a proem
(My grief ghost-epic of another kind)
To inspiration on the underground
The chosen subject is a love affair
Catullus and Lesbia in a pied-à-terre
Catullus our hero: born in 84
(Verona – Italy) died when no more
Than 30 years oh 30 years of age
In Rome O grief O uncreated rage
His first names were Gaius Valerius
Hers Clodia Metelli though not known to us
As that but by notorious white sweet Lesbia
(Boy don’t we know it you were right sweet Lesbia
We never knew that love could go so fast
We never knew desire could so last)
She had 2 sisters – That is all we know
Scuttling smiles only on her cheeks flow
Lesbia married Quintus Metellus Celler
In 63 BC but 4 years later
He died and she was blamed responsible
For it though not a jot was proved at all
Lesbia had a brother Publius Clodius
Pulcer, a lover Marcus Caelius Rufus
She loved her brother’s looks but he was slain
(52 BC) in a street brawl vain
Marcus – Defended of a charge: he tried
To poison Lesbia, Cicero cried
In his defence ‘I pillory her for
Attending symposiums of men who bore
No relation to her -’ (O my beautiful
Femme fatale enjoying to the full
9 posts from the temple of the twin
Castor to Pollux, in her raunchy inn
Here she hugged together all her lovers
And milked the cocks of some 300 others)
Years later when their love affair was rent
And no one ever saw his discontent
C wrote to Allius the perhaps decisive
(Such ugliness is a prerogative)
In a long poem in which he recalled
Recalled our Lesbia’s foot on his threshold
Blushingly glancing with her eyes entrancing
One fair nymph with all her snares advancing
Ends heart nor mind can reconcile are trash
Get off to scoff at dainty Pie & Mash
Friend, give me tidings ere the end of day
Friend, will I see you ere my life be clay?
Shamed by the spectacle of light and colour
Daunted crucible of sight and never
Dour but ever strewn Oxford Street
I saunter up and down Oxford Street
Charmed by the lanes of London and an alley
Alone, alone, ever alone I rally
Ancient cafés and their ingle-nooks
Carrying a bag of poetic books
I humbly stand outside the house where she
Gassed herself in 1963
Now coffee here at Borders serves me well
Here what or who I am none can tell
I can’t do much about the way I look
(And don’t think girls can read me like a book
Or if they do they do not give a toss)
Ravaged by the frequency of dire dross
If Lithuania trod on the tears
Relinquish grief for just a few more years
Against her glowing tints, her leaping breasts
Wonder how many hearts her snare arrests
When Lesbia evening-eyed helps me, clucking
A man is in the way as Eve is bending
Allius provided his home to both
To meet in secret for to swear their oath
That wretched oath away from prying eyes
To have, to love for e’er and fervid sighs
Where well-willed children whimper washed and white
There love united all and all was right
Here she taught him when to flesh let enter
Here she went down his up escalator
Brought him gifts she smuggled in at dead
Of night out of her hubby’s very bed
Here from uncreated joy she swore
To be his, his for ever – Evermore
Adorable than Jove, loved him then
Named him best amongst the best of men
Spouted shite behind him all day long, he said
And yet he thought it nothing wrong, he said
‘Yours the rhyme in every line, my Muse
Sweetheart, be my Valentine, my Muse
Show how your dimpling kisses warm the waders
Lesbia irenic, earnest, tell the raiders
Tomorrow’s autumns of delations and
Noyades the unrepentant thieves command
Cadaverous faces in the cancerous gloom
Our thousand thousand more and more will bloom’
We must all learn from Catullus, dear friends
One can’t encompass more than one intends
Love’s affliction whether in or out
But it will tell you what it’s all about
Preserved immortally by day and night
She never suffered it to choose him right
His lovey-dovey had no hiding-hole
Now she’s a pig-head, a rigmarole
Loiter round Fitzrovia O Rehan
Where in silence daring deeds are done

Rehan Qayoom is a poet of English and Urdu, editor, translator and archivist, educated at Birkbeck College, University of London. He has featured in numerous literary publications and performed his work internationally. He is the author of About Time and other books ( https://rehanqayoom.weebly.com/ ).