The ants on the sperm in the morning waste paper basket crawl over the letters of print and throw the meanings of some words into doubt before they reach the condom. And the individual sperm, probably the ant cannot see the spermatozoa but devour them in groups or thick clusters, depending on their density count. And would the genetic material, the intricate coding, go into the ant and enlarge him and his species, or reduce the man to some hybrid that would devastate both—a man with six legs and sturdy feelers, eyes both simple and complex? An ant man who swarms with the efficiency of insects though he be twenty-five times their size. Would the ant’s huge compound eye turn limpid blue, and would his long efficient feelers turn into a thousand eyebrow hairs? And would his waspish body thicken into a torso incapable of balling up against predators, or even lengthening for a simple cleaning? And the six legs, would two be enough for survival even if there were fists at the end? And the argument over the sexes, would the workers, the drones, understand that, and would the queen be amenable to the change if she could be a movie star, or again the mother of blue eyes? But wouldn’t there be a chance of her offspring tricking her, returning to the sugar, living on crumbs and discarded foodstuffs, or being transformed into so-called white ants and eating the walls of the house, devouring the foundation before anyone had a chance to stop them?

Probably the cross would place something between the colony and the solitary man. Someone not overwhelmed by the swarming multitudes, but who knows enough of solitude to have divined the basic laws of dependency. Someone while not ostentatiously large who knows enough to monitor the impression his feelers make, knows enough to keep people at a distance from recognizing him. Probably underneath the house, in direct contradiction to the infant the couple doesn’t yet want to have, some ants have already given birth to a new species that is gestating in a fetal position that has outgrown the colony, the space allocated for the smallest creatures, but yet cannot quite make itself be heard with loud enough infant cries to reach the couple. In fact its size is no larger than a small head that takes up the imagined cranial capacity, or at least makes the strongest impression on the ants. The limpid blue eyes sit on top of the head and short mobile feelers are sticking out. The mouth is almost mechanical in its movements and the faint mewling sound is almost between the human and insect world. Its legs and body are an indeterminate mass. It has not decided on ant or human, as if the genetic code reached an evolutionary impasse beneath the claw development and that of a hand. Consequently the newborn is on its back rocking from side to side and the whole colony is gathered around for a meal, thick black chains around a captive messiah.

Within days the ants have devoured the pink flesh, eaten through the blue eyes so that the soft skeleton shows in the earthen cellar that may be held up one day for examination by an entomologist.

Of course the couple is still putting condoms in the waste paper basket but wrapping them up tightly now to keep the ants from getting to them, from the nightmare of just such cross-fertilization taking place underneath floor boards where the ants return. For when we discard our genetic material so carelessly and promiscuously, all of nature may conspire to produce crossbreeds that the result could be eventual destruction for our own species. In fact can you imagine if cockroaches get wind of the waste paper basket, what they would produce? It could eventuate after living with us all these million years in an entirely new breed that might in their efficiency signal a final triumph over mankind. For contained within that word is the key, like us. There is no such thing as man alone. And maybe throughout time his carelessly handled sperm has been stolen multiple times and he is the product of unknown species that have disappeared and been devoured like the work of the ants. And that even today man is doomed to be an approximation of this mixing for what carries his genetic material tossed away so cavalierly into a waste paper basket. In fact our insistence on a pure race, or strain, is what gives this mixture away, and sometimes only with the insect world, a face eclipsed by the insistence that we haven’t come from animals though anyone can observe our mandibles at almost any dinner table working the last crumbs into our mouth. I am sure this argues for ancestors we are dimly aware of. 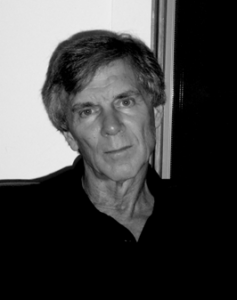 Richard Krause has had two published collections of fiction, Studies in Insignificance and The Horror of the Ordinary. A third collection, Crawl Space & Other Stories of Limited Maneuverability, was published by Unsolicited Press in 2021. He recently has had writing in Club Plum Literary Journal, Mobius, Northwest Indiana Literary Journal, Blue Lake Review, and Digging through the Fat. Krause lives in Kentucky where he is retired from teaching at a community college. His website is richardkrausewriting.com 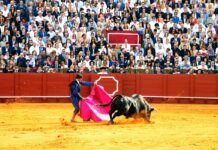 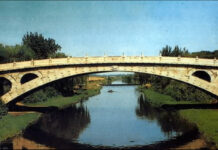 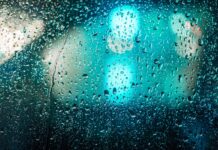 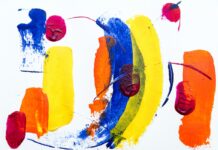 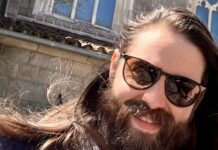