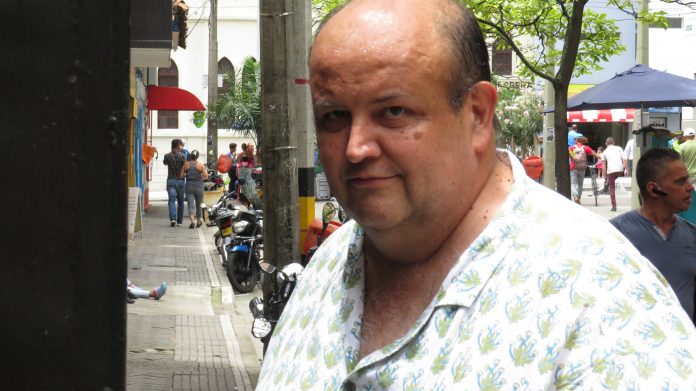 I write to my friend

who wears his indignation

he thinks makes him

others to listen to me?”

But flesh is flesh

and fire is fire,

A woodpecker is silent in its flight. The forest has darkened all its wealth. He continues to sing, continues to humiliate himself. The king of flowers runs through his wildernight. His arms like pawls resting on the darkness. How many words it will take has yet to be decided in the vaticans of grief. The fire in the trees. The night of spiders will not condemn nor bless. He runs there nonetheless. My brother’s brother in his jodhpurs. Herbissimo Jupiter. Not daring to touch or spark, he runs with all his voice. He turns, and burning everything he has blessed, the king of flowers humiliates himself in the dark.

snatches tulips from the flower boxes

on nights when even kisses snub.

withdraw into the parlor

to avoid the shame at its consent

Apparent, as a small village

of turtledoves is startled from the street

up onto the wires before me.

With much less force than this

someone is assassinated or begins believing

something that will lead someplace

between the mandibles of circumstance.

But the stripes of shadow

the salmon light, however bold.

wilt, even faster than their intentions,

in the very act of pollination.

To reach out is to protrude.

This is a world of cold distances.

Will I be singing of flying

when I fall off the ledge?

and this hardly sounds.

of a train station.

than its meager use.

Again. Voice the silver helix of mother grace. Bow ceilingly rolling toward you the small hell of rats and children. Something, some white paste between the fingers of the child and she says cloud. A rodent moving about in the wall hind above head dropping to the ground. Riding upon a wagon well rolling she makes an argument out of her face and cursing is as good a hat as any feather if it is red. Ask the men hanged from ropes if the bridge is underway yet. A bowl is crippled, and as it falls the memory of its mother rolls around within it like death along the rim of a stadium. Tearing down the paper from the walls, the painted flower left bouquets of strips, a nest which it had puckered. All great trumpets have hit the ground and every worm has flown within the belly of a bird. Muscle tin pin it, rather still bud, under some pillow without its indentation. The child found a rat’s carcass by the wall and decorated it with the doll’s crown since the small porcelain head had shattered into string.

BETWEEN PLANTING AND HARVEST

An Epithalamion for Tim and Laurie

To stumble upon the garden,

To go further each time we go farther.

Our voices have bloomed

In the muggy blush of our ardor.

Why do these people

Insist on eating so much fruit?

They will change its name.

They will hide it in the mountains.

But we will continue

To stumble upon the garden

And though at times we grow too tired

For the arrival, for the curtsy after a fashion,

And we have thrived on our survival.

So we will stumble

Again upon the garden.

Yes, we will stumble

Down the footpath to the garden.

Though it be flooded

With muddle and grime,

The measure of our greeny pleasures

Will still mark its coupled time.

May our joyousness be pardoned,

The discovery of our garden.