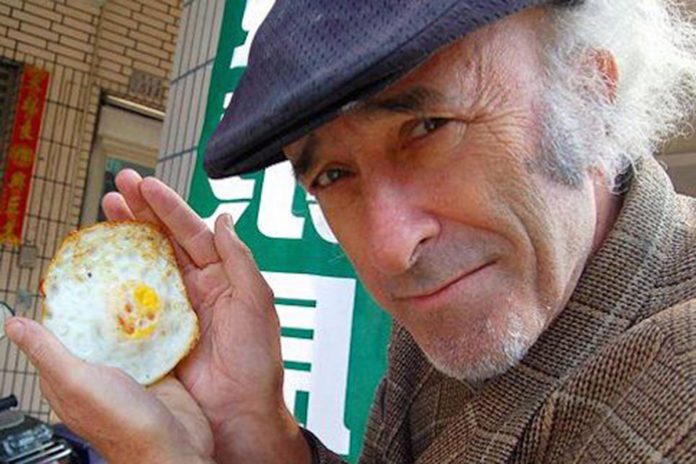 As the 20th century began to morph into the 21st century in the late 1990s, the global landscape of cultural production started to teem with a cornucopia of fictional ”cli-fi” texts in print and on cinema and TV screens, engaging with the local and global impact of man-made global warming. In academia as well as in popular culture, this rapidly growing body of texts is now commonly referred to by the catchy linguistic portmanteau ”cli-fi.” And already cli-fi has transitioned from a sub-cultural colloquialism circulating informally around the blogosphere into both a cultural buzzword and a staple academic term as well.

There aren’t that many climate activists with literary interests who are obsessed with trying to stop runaway global warming before it gets out of hand and puts future generations at extreme risk. There are philanthropists funding climate change projects and there are artists and writers devoting themselves to creating stage plays and novels with global warming themes. Hollywood is beginning to get into the act, too, with activist producers advocating for more  the ancient sages told us, and especially today, without a global vision of finding ways to adapt to what some pundits are calling the coming Climapocalypse, future generations of man will be doomed, doomed.

It is Danny Bloom who first coined the term “Cli-Fi”. Born and raised in Massachusetts, Dan Bloom is a 1971 graduate of Tufts University in Boston where he majored in post-modern European literature. He also attended Oregon State University where he worked on a masters degree in the Speech and Communications Department and was a graduate teaching assistant. Dan worked as a journalist in Alaska for 12 years in the 1970s and 1980s, and later worked as a newspaper editor and reporter at English-language newspapers in Japan and Taiwan in the 1990s.

I’m an optimist. I believe we have 30 more generations to science our way out of this mess we are in, and that in the next 500 years we will engineer fixes to a broken, tired, angry Earth. I believe we humans won’t go down without a fight. That’s why I created the cli-fi platform.

As a literary theorist deeply concerned about climate change and its very real potential to put an end to the human species in the coming centuries, I created a new literary term for a genre focused on global warming. I call it cli-fi and its my informal nickname for climate change fiction. A hyperterm modelled after the popular genre term of sci-fi, cli-fi was conceived as a platform for novelists and movie directors to use to create works that will speak to the masses worldwide. Books and movies can do that and sometimes more dramatically than governments’ statistics and scientific charts.

The ‘cli-fi’ name came to me about ten years ago as I was thinking of ways to raise awareness of novels and movies about climate change issues. I at first  toyed with using such terms as ‘climafic’ or ‘climfic’ or ‘clific’ for the longer term of  ‘climate fiction’.  But I wanted an even shorter term that could fit easily into newspaper and magazine headlines. So using the rhyming sounds of ‘sci-fi’  I decided to go with the short, simple to say and simple to write “cli-fi”. And the short term caught on worldwide, beginning in April 2013 when NPR radio in Washington, D.C. did a five-minute radio segment about ‘cli-fi’.  That was the beginning of its global outreach and popularity among academics, literary critics, journalists and headline writers.

So what’s cli-fi? It’s a subgenre of eco-literature, according to some observers, and a separate stand-alone genre of its own, according to others. I feel that cli-fi novels and movies can cut through the bitter divide among rightwing denialists and leftwing liberals worldwide over the global warming debate. I’m not into politics; I’m into literature and movies.

We are a world now divided bitterly over climate change issues. In my view of things, novels and movies can serve to wake people up in ways that politics and ideology cannot. That’s where cli-fi comes in. In my late 60s, with a heart attack-related stent keeping my ticker ticking, and my days numbered now, I’m combining my literary heritage with an emphasis on social justice and  my personal concerns about the future impacts of man-made global warming.

As a literary person, I learned from an early age the need to look out for others and have empathy for the world at large. Climate change is the most important issue the humankind has ever faced. As a human being, I cannot look away.

My short, five-letter literary coinage has been picked up by the New York Times, the Guardian, the BBC and Tikkun, among dozens of publications worldwide. Google the term to see over 500 links!

In addition, I set up a website called ”The Cli-Fi Report” (www.cli-fi.net) to broadcast my views about cli-fi and to gather feedback from literary critics and novelists around the world.

I fund my work myself on a very small shoestring budget in my sunset years, but I had a father and mother who left me an inheritance more important than money: a concern for the future. And to be a PR guy for cli-fi in my late 60s is in direct gratitude for the good life I’ve had on this planet, and it’s also my way of saying thanks to my first-generation immigrant parents, Bernie Bloom from Avenue J. in Brooklyn, and Sylvia Epstein Bloom from Blue Hill Avenue in Boston. I’m a second generation American.

I am not writing a book about cli-fi, I am not appearing on TV talk shows, and I am not making a documentary about my work. I am not interested in fame or money.

As a global climate activist, I was inspired to coin and publicize the cli-fi term to try to save future generations of humankind as global warming impact events make themselves felt worldwide more and more over the next 30 generations of man. I’m a visionary of sorts, but I don’t hear supernatural voices. I only hear what everyone hears; We need to change our ways.

Since most people prefer fiction and movies to factual material, it is my hope that the cli-fi approach could be a major help in increasing awareness about climate change, so important to help shift our imperilled planet onto a sustainable path. I’m a man of letters and I’m worried about the future of global warming. Won’t you join me?