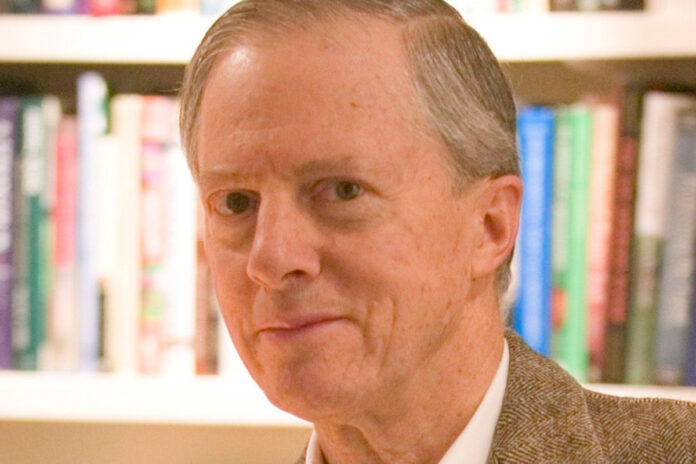 On the boardwalk outside the cat convention
promenaded marmalades and tigers,
Manx and Siamese, longhairs,
shorthairs, pampered ones
and moth-eaten urban survivors.
Many cat tails seemed to be saying
they were enjoying the sunny afternoon,
but there was an edge of concern.

At the plenary session, Ozzie,
distinguished in black and white,
welcomed all and received a completely
silent ovation from the clapping of many paws.
He explained why he had called them together.
The two-legged ones have so abused the world
that cats must now intervene.
How did it get so bad? Well,
on the economic side
people are stroking themselves
instead of their cats. It’s become
‘Me First,’ in spades. In politics–
the same stuff, and lying, lots of it.
Look what they’re allowing to happen
to the earth. There are so many of them,
and they’re marking everything,
even the air. Ozzie paused.

A paw shot up in the audience.
Sounding like the feline equivalent
of Eleanor Roosevelt, a voice asked
how any cat, no matter how beautiful,
cared for by two-leggeds,
could presume to help.
“By using our wiles,” Ozzie replied.
“Cats must now mirror back
to those who think
they own the houses,
mirror back how they are trapped
in wanting things, and how all that
they think is important can be
swept away in an instant.
Speak to them in dreams.”

A few in the audience who had been
grooming themselves, stopped and
focused on Ozzie.

“You can work with children too.
If more people grow up loving cats
and understanding them,
it can change the climate. For example,
in this audience are a few veterans of conflict,
in the storms of life they have lost limbs
and could have had their spirits broken;
instead they have taught much to others–
how to carry the burdens
of what destiny deals out,
and do it with dignity.”

After the plenary there were workshops
to deal with the hard part—
getting two-leggeds to listen.

The Disadvantages of having a Trophy Wife

1. She requires a trophy house, and at least
a BMW. Now we’re talking real money.

2. She attracts other men like a chocolate layer
cake next to a fly-infested barnyard.

3. To guys who otherwise would be your friends
you become an obstacle, and a fly-swatter.

4. To keep up with this cosmetically perfect
attractive nuisance, this eye-magnet,
you have to appear better than you are.
This creates an itch to misbehave.

5. You forget to honor what is good
but hidden, like not bothering to thank
the fat Bolivian mother who is right now
cleaning the toilet and sink. In a past life
she could have been Helen of Troy.

Instead of memorizing the capitals
of Brazil, Ecuador, and Peru, I would
watch out the window and wait
for spring to march in like a band
with trombones and streamers,
or I’d put on the llama’s pajamas
and run away with Olivia from Bolivia.
We would climb down the rope ladder
from our balloon and play
with the spider monkeys
in the jungle canopy, while
the teacher tried to drill us
on the elevation of Machu Pichu
and the year conquistadors landed.

Eventually I knuckled under
and stopped imagining things
so I could pass the tests.
But seeing the birds
flocking a feast
in a tree of ripe,
purple mulberries
right here
in the sunshine on a
summer-sweet afternoon
makes me wish
I hadn’t.

On the second floor
of the old bank building
opposite the elevator
an oak door marked “Private”
chills the hallway.
Behind the frosted glass
an AKC purebred dog
sits at a desk
sorting applications for citizenship
and eliminating many
based on fine legal distinctions
and errors in punctuation.

At the end of the day
the dog descends to his reserved
parking space and drives home
to a gated community
for graduates of elite colleges
and members of exclusive clubs.

Across town, Yolanda,
a human, who spent the day
cleaning the dog’s house,
leans over the stove.
From the forehead of her
round and open face,
a drop of sweat
falls into the enchiladas
she is making
for the neighbors.

Poems Out of Music

Gluck, “Dance of the Blessed Spirits” from Orfeo (Joshua Bell)

Fair youth, beneath the trees, thou canst not leave
Thy song, nor ever can those trees be bare. (Keats)

In the land of perpetual spring
they meet again, Orpheus and Eurydice,
and the light in garlands falls about them.
But throbbing under that moment in Elysium
like a deep wound healed only
at the surface, is the weight
of his mortal knowing
that she has become a shade.

Loaded too into that moment are
the lightning flash of their marriage,
the deadly bite of the asp,
the silencing of his songs, his lyre,
and the darkening of all hope.
But another memory as well
grew on that wet ash heap of despair,
a new resolve that dried like clay
to withstand the white-hot firing to come,
to tune the lyre,
to make the bargain
that opened the doors of death,
to sing past Cerberus
and every astonished god
that blocked the way.

Caught in the arms of an instant—
like the youth in the frieze
on Keats’ urn, exuberant,
fate-defying, united
under singing leaves––
but blind as stone
to the yawning peril
ahead.

What draws them to this place,
the quiet pond, still surface,
like a parenthesis in the landscape,
an eye for the earth? Willows
drape the banks and shadow the shallows.
Pink and white nymphaeas
like the ones Monet loved and painted
begin to close for the night
as if to put down their heads
on the round pads.
A dragonfly, iridescent green,
arrows across the pond,
and a kingfisher from a branch
eyes the water for its next meal.
Seeing the bird, the young man
tells the story of the Fisher King.
She takes his hand. They reflect on how
for centuries myths and traditions
sheltered people from having
to think for themselves, but now
our only cover comes from cloth
that we alone can weave.

Mirrored in deep water the two see
cotton white clouds, a deepening cobalt sky,
and they savor the moment
that loosely braids two strands
that may grow to become one.

(The music for this can be heard at
https://www.youtube.com/watch?v=nLRW03pV3BE
beginning at 6:44on the counter. 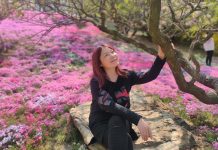 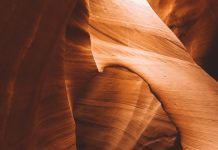 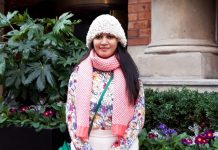 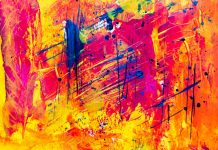