Back in the Stone Age, when I went to college, everyone majoring in business, accounting, finance, economics, or anything even remotely related was required to take the money and banking course. An English major, I was the odd man out in the class. The only reason I had enrolled was that as a graduating senior with a free elective slot to fill, I decided to take a course that I could recall years later as the most boring experience I had endured in my sixteen years of schooling.

On the first day of class, my worst suspicions were confirmed. Not only did I not know a soul, but it appeared that just about everyone knew everyone else. They seemed to all be chattering away about double-entry bookkeeping, profit and loss, and tax write-offs. I took a seat in the back of the room and immediately started taking notes.

Finally, the professor walked in, wrote her name on the board, smiled at us and said, “Let us begin.” She asked us to call her Jenny, and if that was OK, she would address us by our first names.

Someone blurted out, “How sixties!”

Jenny quickly responded, “Oh my, do I look that old?”

We all laughed. Actually, Jenny appeared to be in her mid-forties, and might be described as handsome, rather than just pretty. She was tall, slim, and had long straight dark hair, and a truly infectious smile. Rather than our learned professor, Jenny would be our accomplice.

Someone asked her if she had any banking experience.

“That depends on what you mean by ‘experience.’ I did work in a bank for six years, but just as a lowly teller. In fact, I was replaced by an ATM.”

“Were you ever held up?”

“Funny you should ask.”

We all waited, sure that we would hear a story of alarms going off, gunshots, customers throwing themselves to the floor, and police sirens. And how the robbers got away – or were arrested.

But she surprised us. During her six years, she had never witnessed an actual hold-up, but she would always remember when she thought the teller next to her was being held up.

“There was this big guy standing there with a large brown paper grocery bag in his arms. He was getting increasingly agitated as he argued with the teller. He wanted to deposit several hundred small bills, and she was refusing to take his deposit. Finally, in complete frustration, he yelled, “Look, I’ll make it easy for you! This is a holdup! OK? I’m holding up the bank and forcing it to accept my deposit!”

The whole class started to laugh at the absurdity of her story. It was already quite clear that this was going to be one of my most memorable courses. And I mean that in a good way.

Early in the term, Jenny posed this question to the class: “What is money?” She told us to write a one-sentence answer on a scrap of paper, and collected our answers. Then she asked two students to sort out the answers and place them in piles.

The two largest piles were “checks” and “cash.” Jenny then asked, “Are checks and cash both money? Is only one of them money? Or is neither of them money?”

Everyone agreed that cash was certainly money. But were checks money? Some said “yes” and some said “no.”

Jenny smiled. “Let’s do a scientific experiment. You know: Like the kind they do in the chemistry lab.

No one was biting.

“OK, I happen to have a twenty,” Jenny said. She placed it on the table at the front of the room.

“Now we’ll need a check. Did any of you bring a checkbook?” She looked around, but we all shook our heads, “No.”

“Well, it looks as though today it’s my treat. OK, I’ll tell you what I’m going to do. I’m going to write out a check to the first person to volunteer.”

Immediately, every hand went up. Jenny picked a young woman who was sitting way in the back of the room. When she came up to the front, Jenny had her checkbook out and said, “Tell me how much I should make this check out for?”

Without any hesitation, the student said, “One million dollars!”

Jenny wrote out the check and handed it to the student. Then she said, “OK, the choice is yours. You can keep the check, or else give it back to me in exchange for the twenty-dollar bill.”

Jenny let them go on for a while. Then she said, “I think we’re ready to conduct our scientific experiment. She looked at the young woman and asked, “Is that OK with you? I mean, after all, it’s your money we’re about to burn.”

“In the interest of science, let’s do the experiment,” the student replied.

Jenny asked the student to hold the check in one hand and the twenty-dollar bill in the other. Then she flicked on the lighter and asked the class, “Which one should I burn?”

Some yelled, “Burn the check!” while others yelled “Burn the twenty-dollar bill.”

Jenny closed the lighter. “There seems to be a slight difference of opinion. So, here’s what I’m going to do: I’m going to give our volunteer the one-million-dollar check, and save the twenty-dollar bill for another experiment — if the Fire Department ever allows me to teach this course again.

In the meanwhile, if nobody objects, I’m going to pass around my checkbook. I’d like each of you to tear out one check, make it out to yourself, and write in any amount on the check. These checks are yours to keep, and you are perfectly free to deposit them in your bank accounts.”

Seeing some very confused-looking students, Jenny added: “Trust me! I am perfectly serious. I will not ask you to give them back, and I certainly won’t ask you to burn them.”

After giving everyone enough time to fill in their checks, she asked: “Any questions?”

I raised my hand and then point out, “You haven’t signed them.”

“OK,” she replied. “I’m going to sign the checks of the students in the first row right now, and I’ll sign all the rest just before the end of the period. “

Then she continued. “Let’s do a little survey. I’d like each of you in the last row to tell everyone how much you made out the check for.”

Jenny asked, “Why such small amounts?”

One student called out, “We all know that college professors don’t make that much money!” Everyone laughed.

Jenny replied, “Point taken. So, you all felt sorry for me?”

“Not at all!” replied the same student. “We all know that if you don’t have enough money in your account, your check will bounce.”

Now I want everyone to think about that. My check is good only if I have enough money in my checking account.”

She looked around to make sure that everyone had grasped that point. “Now, let’s get back to my original question: ‘What is money?’

Everyone shook their head “no.”

“Now we come to the sixty-four-thousand-dollar question. Are checking deposits money?”

Everyone called out “Yes!”

Then someone reminded her that she hadn’t signed everyone’s checks yet.

“No problem,” she replied.

“Are you sure? You probably have enough money in your account to pay off at least some of us.”

“Not from that account. I closed it ten years ago.”

A few weeks later, we took up the topic of bank service charges. The usurious twenty-five or thirty-dollar fee for bounced checks generated some heated discussion. Still, most of the students agreed that it was not unfair for the banks to charge smaller fees.

Then one student told this sad story. He had deposited a check for $550 into his checking accounted, waited a week to make sure the check cleared, and then wrote a check for $100, for which he was charged an overdraft fee of $30. He went to the bank and waited an hour to see an officer.

He told him his tale of woe and the officer seemed sympathetic. He excused himself for a few minutes, and then returned with a big smile on his face.

“I must apologize. It was our error. We entered a deposit of $55 instead of $550. So, on behalf of the bank, I am offering our apology. And when you look at your account, you’ll see that your balance is corrected.

“But what about the bounced check?”

“I’m sorry, but that would be impossible.”

“It’s simple. At the time we issued payment to the payee, you had insufficient funds in your account.”

“But those funds were insufficient because of the error that your bank made.”

“Correct. We are very sorry about that. I did apologize.”

A few weeks later, I asked Jenny to write a recommendation. I was applying for Master in Fine Arts Programs in Writing.

She was quite surprised:  “I get plenty of requests for MBA programs, but this is definitely the first request for an MFA.”

“Really? I’d have thought you had tons of English majors in your money and banking course.”

“Yeah, right! By the way, what made you enroll in my course?”

I will say that it was the best – and most memorable course I’ve taken.”

“Thank you! If you ever decide to write a short story about this experience, I hope you will treat me kindly.”

A recovering economics professor, Steve Slavin earns a living writing math and economics books. The fourth volume of his short stories, “Small Crimes in the Big City,” was recently published.

No Longer As You Are – By Daniel Beer 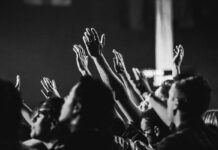 The Maestro and The Prodigy – By Hemendra Killawala 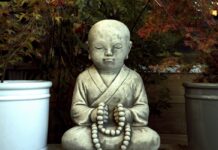