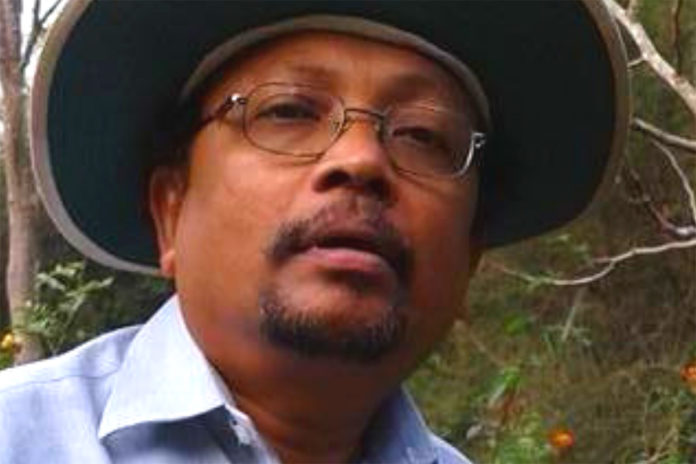 The history of modern Malayalam poetry is a narrative of continuous innovation, gradual emancipation from the formalistic grip of traditional Sanskrit poetic practice, growing awareness of contemporary social issues and the ongoing democratization of the genre in thematic as well as formal aspects. In the process, paradigms have been tried and abandoned, communities imagined and dissolved, traditions constructed and deconstructed, the concepts of the region and the nation alternately tried out, the impact of foreign literatures absorbed and transcended, the classical and the folk heritage explored one after the other, fresh genres and formal devices employed and indigenized and the concept of the avant-garde transformed from one generation to the next.                        (Extract from the article ‘Malayalam Poetry Today’ by K.Satchidanandan)

While out for the routine walk,
the remains of a crow on the road.

While out for a walk,
a lunatic was having his meal on the road.

As an artist, these intrigued me.
I walked bearing the intrigue:
I saw a loaded bullock cart!
I saw a crowd in front of the pan shop!
I saw the signboard leading to the occultist!
I saw the roof tile factory labourers returning after a day’s work!
Above all, I saw the road – yes, saw it
– dark and long!

(…I haven’t written poems about martyrs yet. In this land that pays due respect to the dead, my social awareness is pathetic!

I began to tread slowly,
slowed down further,
halted
and then walked back

The lunatic is no more there.
The remains of the crow has also vanished!

On the street,
the mad dog charged at me.
In one leap,
I clambered up the nearest wall.
The concrete wall was tall,
but there were weep holes on it.
It could hold my feet.
I breathed a sigh of relief!

Not sure what to do,
the alarmed mad dog waited beneath.
Then it began to bark,
stopped barking
began to growl and stare.
Above the sharp canines
in his open mouth,
dog drool dripped from the reddish tongue.

This state cannot be prolonged.
Pending tasks await me on descend.
Does it harbour any bad intention
to stare this way?

Specks of madness flew from its eyes
and settled in mine, stormed it.
That moment, I began to stare at it.
Barked, snarled, drooled!

It seemed as if the mad dog
had begun to understand me.
It wagged its tail!

But scared of something,
I leapt to the other side of the wall.
It was a park.
Evening walkers on the footpath
fled into bamboos and climbed walls,
seeing me!

What’s your name?
He replied.
Then, I was trying
to recollect his native.
Hence I did not hear
his name.

Where are you from?
He replied.
Then, I was trying
to recollect his name.
Hence I did not hear
what’s his native either.

K.R. Tony was born 23 May 1964 at Thrissur to V. L. Rappai and C. A. Mary. His poems  and poetic studies have been published in leading literary journals and periodicals of Kerala since 1980. Samanila is his first collection of poems. His later collections include Andhakandam, Daivappathi, Oh! Nishada, Plamenammayi and Yakshiyum Mattum. His studies on literature titled Porezhuth was published in 2010. His poems have been translated into various Indian languages and are included in several anthologies of Malayalam as well as Indian poetry of the post-modern phase. He won the Kerala Sahitya Akademi Award for Poetry in 2013.