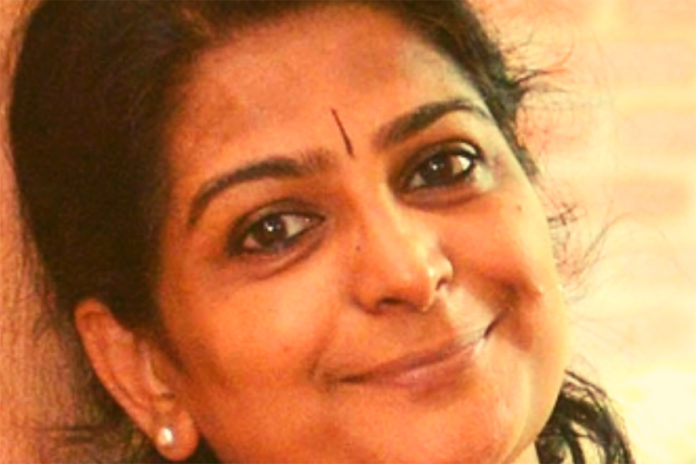 On a dining table
in this midday heat,
deep within each grain of rice
in this meal that we eat together,
innumerable paddy fields.

Within the runnels
in those fields,
fishes that flash away.

Parrots that alight
from faraway lands,
tiny winds that tickle the greens
to nonstop chuckles.

Farm ridges through which
children with spread out arms
run without tripping.

Homes skirting the field
that stay awake,
watching light glimmer
on the water in the fields.

Within the homes,
within the sleep of humans,
fantasies they forget in waking.

After the meal
as we silently leave our homes
and distance ourselves in the city lanes
on speeding scooters,

a handsome sun shines
above the village of paddy fields.

The same sun that
burns on our pate,
distils our shadow.

The artist etches a jackfruit
on the jack tree branch and root,
precisely as it is;
Not as breasts on a female form.

Not as bodily cracks with
wounds and pores,
but how a mom
cut it open with a machete
and laid it on bare ground,
couple of seconds ago.

The entire body sculpted in thorns
is the burden
a rising woman bears.

As a sticky, indelible stain,
As a rotting seed that sprouts
at the foot of the jack tree,
As a fragrance that pervades.

When expectant women
who do not paint
watch with their baby-belly pooch,
just as fruits
stuck on a jack tree.

Gradually,
the juice in each
grain of rice
began to evaporate,
what simmered grew thicker, dry.

She who drained the upturned rice pot
with a wooden lid,
walked away into the rain.

Will the hunger of this home
remain cooled for ever?
Even if erected,
is it an undercooked meal,
not fit to serve?

Anitha Thampi (born 1968) is a Malayalam poet and translator living in Thiruvananthapuram, Kerala, India. She has published three collections of poetry: Muttamatikkumpol (While Sweeping the Front Yard, 2004), Azhakillaathavayellam (All That are Bereft of Beauty, 2010), and Alappuzha Vellam (Alappuzha Water, 2016). In 2007, a collection of her translations of Australian poet Les Murray was published in a bilingual edition. She has also translated I Saw Ramallah, autobiographical monologue of Palestinian poet Mourid Barghouti into Malayalam. Her other translated works include the Spanish classic Platero and I and the Italian classic Pinocchio. Anitha Thampi participates in the project Poetry Connections India-Wales organized by Literature Across Frontiers and partners to mark the 70th anniversary of independent India.