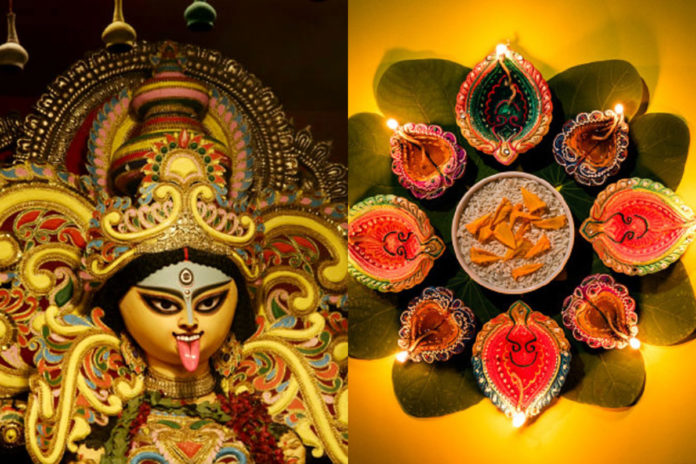 When I was a child – way back in the 1970s – I was entranced by festivities on Diwali. On one hand, there were fire crackers and prayers in my friends’ houses; on the other, we had Kali Puja in our home. They had the Dhanteras Puja – prayed to the goddess Lakshmi and Ganesh – ate vegetarian. We, on the other hand, fasted till late night and then ate, mutton – the prasad or the gracious gift of Ma Kali.

In 1991, we moved to Singapore. I came across many from the Southern part of India who celebrated ‘Deepavali’. Some of them could not even relate to the word ‘Diwali’, which is what I grew up with. They celebrated the occasion by praying to Krishna. A friend told me they bathed after anointing themselves with gingelly oil early in the morning, prayed and had fireworks before sunrise!

I had come across stories around Diwali that centered on Rama’s return home, Krishna killing the monstrous Narakasura, Kali killing the demon Raktabija, whose clone would sprout every time a drop of his blood touched the ground. To prevent more of him from springing up, the Goddess Kali drank up his blood. (Who said mythology is not gory!) Could there be more myths? How did these come about? What are the sources of these stories?

Rama’s story of his victorious return home, after killing the arrogant Ravana who had kidnapped his wife Sita, was written at an indeterminate age in our epic, Ramayana. Ramayana  has been dated back to 7 century BCE by some sources and has inspired much poetry and myths. A number of Persian versions can also be traced from Akbar times. And, of course, Tulsidas rewrote it in the Awadhi dialect of Hindi around the same time. The Persian versions continued to be written through Jehangir’s regime to Shah Jahan’s, perhaps till the onset of Aurangzeb.

Modern writers like R.K.Narayan, Amish Tripathi, Devadutt Patnaik, Chitra Banerjee Devakaruni and Kavita Kane have also retold the story from many perspectives, including that of Sita, Ravana and his sister Surpanakha. The story as I had heard from my grandmother said, that people lighted lamps all over the city to welcome their victorious, long gone prince home after fourteen years.

The myth around Krishna had me intrigued. This story had its roots in the Mahabharata, our other epic, which also is likely to have had its origins around 8th or 9th century BCE. Vishnu in the form of the Varahaavatar, the third in the series of Dashavatar, had spawned a child after killing the demon Hiranayakashya, called Naraka when a drop of his sweat fell on Bhoomidevi. He blessed the child and asked him to uphold the Dharma, the right way of living. Naraka eventually became powerful and demonic. Finally, Vishnu in the form of Krishna killed him. As he died, Narakasura realised that Krishna was no other than his father, Varaha, and bowed down to accept his fate. He saw light, the path of Dharma. It was dawn when Narakasura breathed his last, which is why Deepavali is celebrated in the morning for believers in the Krishna myth. A number of children’s books  have also evolved around these two myths, including Amarchitra Kathas. In context of Mahabharata, there are again retellings by R.K.Narayan, Girish Karnad, Krishna Udayasankar, Chitra Banerjee Divakaruni, Shashi Tharoor, Gurucharan Das and many more.

What I found was the moderns do not really focus on Diwali celebrations but on their own interpretation of the stories in context of how they think the readers would perceive the story…though, Gurucharan Das’s version discusses Dharma, the lack of which led Narakasura to his grand death at the hands of his father. Given the current context, one wonders if a new Peter Handke will not turn up with an empathetic tale of the woes of Naraka!

I find old fashioned myths endearing because there is a positive message in them that does not justify or give the story from a single perspective but tells us a great story and expects us to learn from the mistakes made by the characters, much as the heroes of the ancient Greek theatre did. None of the characters are ideal but they are real – vibrant, interesting and intriguing. In Ravana’s or Bali’s hubris, we are to find our own catharsis. That is just the tip of the iceberg. These characters inherently address many larger issues through these myths.

The origins of the festivities as we know them in parts of India evidently can be found in Vatsayan’s Kamasutra, dating back to the fourth century BC. This would include the drinking and gambling during Diwali. Somehow, all these lores from the epics Mahabharata, Ramayana, the Puranas and more, like the Kamasutra, mingled to give rise to a season of joy.

However, Kali Puja is not a part of these stories even though the goddess does put in an appearance in the Vedas, the Puranas and the Mahabharata. Kali Puja originated comparatively recently, around the eighteenth century. It was introduced in Bengal by King Krishnachandra of Navadvipa. Texts describing the puja have been found dating back to the earlier century. Kali as a symbol is powerful. Born of the same force Durga (some say she burst out of Durga’s forehead), Kali has a Dionysiac element which borders on the dark and dangerous and can be quite daunting to those unfamiliar with her lore. On the other hand, she is an embodiment of the immense power in a woman. Found in Bengali literature like that of Bankim Chandra Chatterjee, in lyrics of Kazi Nazrul Islam, Ramaprasad Sen, Kamalakanta Bhattacharya, Ramakrishna Parmahansa and Prabhat Kumar Mukhopadhyay (1873-1932) on whose short story was based Satyajit Ray’s award winning film, Devi (1960). Kali also surfaced as a minority and an aberration in Amish Tripathi’s book, Nagas. Tripathi’s narrative left me disappointed and dissuaded me from reading such modern interpretations again. Perhaps academic books tracing women’s power and seeing her as a symbol of women’s empowerment do her more justice. But, again the celebration of the Pujas is not highlighted in most of this lore, with the exception of Devi.

This essay is not an attempt to reverify facts that most are very likely to be familiar with. It is an attempt to figure the multiple myths around Diwali – each distinct for every group. In the Southern part of India, bathing with gingelly oil seems a serious task. In the North, the Dhanteras has different myths. Some celebrate it for well-being and others for wealth. It seems this festival is also in honour the God of Ayurveda, Dhanavantri. Both Lakshmi and he emerged as a result of samudramanthan, the churning of the Ocean of Milk, described in the Bhagwat Puran, the Vishnu Puran and the Mahabharata. But for some reason most say they pray to Lakshmi and Ganesh. I cannot figure out why… Dhanavantri, after all had a pot of amrit or the nectar of immortality. So, the time for the outcome of churning the Ocean of Milk according to Hindu lore coincides with this period too. The myths seem to stretch however much we try to consolidate them.

When we were young, we knew of Diwali as a two-day festival – but now, I am discovering, it stretches before and after to five days, instilling a number of other festivals in its lore, ending with the festival of Bhaiya Dooj. A celebration of the bond between brothers and sisters, the lore goes back to the Upanishads. Yama promises protection to his sister Yamuna, who had been separated from him during childhood by the cunning of their stepmother. When they met after many years in her home, urged by her brother to select a gift, Yamuna asked for this to be a day of celebrations. Though this lore can be found in the Ishavasya Upanishad, there is another one of a victorious Krishna visiting his sister on his way home. And there could be more.

Exploring the lores can be an exhaustive and unending task – a task as big as trying to understand India. Perhaps, what one really needs to see is the thread that connects all these lores – the victory of good over evil and, for some, the celebration of women power- Lakshmi and Kali – both being different embodiments of female power.

Diwali, Deepavali or Kali Puja… they are all harbingers of joy and happiness. Let us celebrate them all –  all the victories over demons.

Do the names really matter? 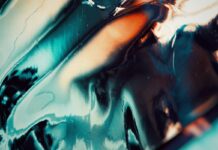 Literature as Seduction – By Richard Krause