Overall, Dublin, is like a gull, white,
with shades of grey, majestic, mewling,
soaring, but it’s potential and direction,
need to be altered, in order to return it,
to its true authenticity, in light of political,
social, economic and technological change.
the gull is a great Dublin symbol.
A tenacious city, full of potential,
yet in recent years, commercial interest
and hedonism given into, at the expense,
of its potential and capacity,
to be inclusive and healthy.
Dublin of rivers and bays, of change from
Grey’s to colours and neon lights,
shoe people on Parnell Street and
clothing markets on Meath Street,
the streets, built environment, buildings,
walls, trees, cranes, hard hats, boiler suits,
tea breaks, not beyond this point, visual,
virtual and signs etched into the mind,
desirable quartets and quarters,
Irish coffees and cappuccinos, no go areas,
high rise estates and tower blocks,
graffiti, urine and needles in stairwells,
a warning to visitors and residents
and infestations of rats, that all is not so well,
there and then, re-imaginings, transformations,
re-buildings, regenerations, Dolphins Barn
and O’Devaney Gardens, Stoney batter, barbers,
gourmet coffee shops and artisan houses,
Cabra clubs, soccer, taekwondo, beautiful mothers,
five a side, astro turf pitches, astronomy,
astrology, looking to the clear skyline,
on Autumn night’s, as the transition,
to the temporary winter months,
of lower temperatures,
where you can taste the cold,
watch your breath on glass, like Midge Ure,
condensation, precipitation and beautiful,
weather forecasters of news and weather,
long sexed up, since the days of Don Coburn
and Today Tonight and super sers, bullseye,
broken cars in driveways, with green major,
cigarettes on brown leather dashboards
and side entrances needing repair
and garage doors needing painting,
or replacement, back in the days,
before the dominance of screens
and varieties of gins in your local shops,
that might not, do you much good.
Dublin is old city walls,
Pearls in shells, old muskets and pistols,
Buried under ruins, sunrise, in the sunset
House, would lend you a pint of milk,
Or a bag of sugar, without even having,
To ask.
Northside taxi drivers, that would drive
You and two weeks food, home, for
Practically nothing.
As valuable as Cluxton’s point in 2012.
All exists in cycles, beds of oil,
Tar, nails. Grass or weeds, but always
Green shoots growing within
Anthropologies, sociologies,
Banks, societies, technologies, monies,
Always light on the way, after the ‘
Darkest nights and days.
The alignment of sky, mind, heart,
Ground, soil and earth as the
Bone setting into the personal
Divining rod, of authenticity,
No arguments with the word
Of the heart, always there, never went,
Anywhere.
Larkin and O’Connels’s outstretched arms,
Dignam, O’Carroll, O’Connor and
The Great Western Squares.
Dublin is the dew on Grafton
Street, on a sun drenched, October
Morning, on a day full of endless,
Promise and sunshine,
‘This is’ Dublin and the roots and resilience,
Of ourselves,
Simple as. 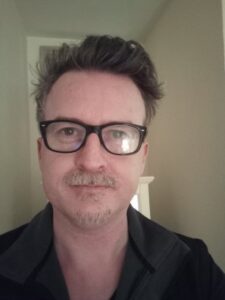 Gavin Bourke grew up, in the suburb of Tallaght, in West Dublin. Married to Annemarie, living in County Meath, he holds a B.A. in Humanities, from Dublin City University, an M.A. Degree, in Modern Drama Studies and a Higher Diploma in Information Studies, from University College Dublin. His work broadly covers, nature, time, memory, addiction, mental health, human relationships, the inner and outer life, creating meaning and purpose, politics, contemporary and historical social issues, injustice, the human situation, power and its abuse, absurdism, existentialisms, human psychology and behaviour, truth and deception, the sociological imagination, illness, socio-economics, disability, inclusivity, human life, selfishness and its consequences, as well as urban and rural life, personal autonomy, ethics, grand schemes and the technological life, in English and to a lesser extent, the Irish Language.

Gavin is also a multi-instrumentalist and has been a songwriter, composer and guitar teacher, for the past, thirty-five years. He plays Classical/Spanish guitar, acoustic-electric guitar, bass guitar, jazz guitar, electric lead guitar, banjo and mandolin. He has written songs, music and lyrics, recorded albums, collaborated with many musicians and songwriters and has performed, in venues, all over Dublin. 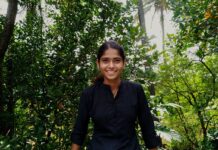 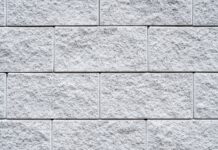