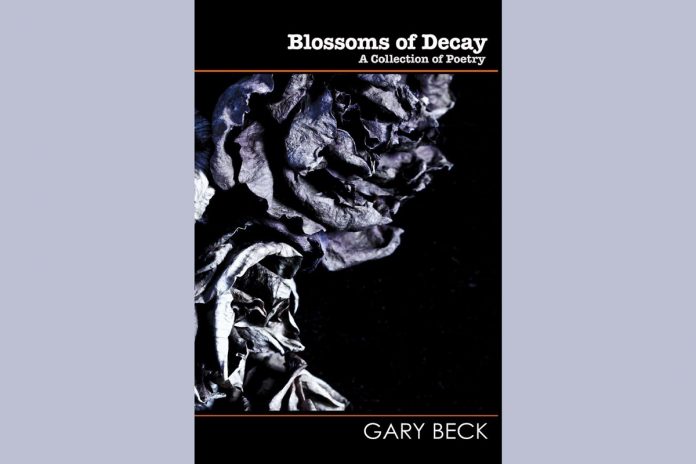 Evil has been an inescapable part of the human environment since time immemorial. Whether it originates from the Satan or otherwise, its tentacles have held humanity in a tight grip and there seems to be no way out. Men of letters, especially poets have always raised their alarm about this problem and philosophers have spent countless nights brooding over the issue.
It is indeed sad that men are cast against men. Man’s enemy today is not something extraterrestrial or God sent, but man himself. Men in power have set traps to make vulnerable fall into it and play along their evil designs. Countries drunk with power crush helpless nations into submission and servility. Weapons of mass destruction hunt down non-existent weapons of mass destruction and the collateral damage is immeasurable human suffering.
Gary Beck’s poems in this volume capture the decay of civilization, both at the individual level and the societal level. Often, while reading Gary Beck’s poems, one cannot escape remember Charles Baudelaire’s Flowers of Evil. The flowers of evil are strewn all around us, both rich and poor, mighty and weak. Most of Gary Beck’s poems ( rather, almost all of them) are written in plain simple language. They are simple, straight-forward statements that sound like statement of facts or lines from a newspaper story. They are not adorned with any poetic embellishments. Probably they are intended to make the reader pause and ponder over why the poet had chosen to label simple terse statements as poems. The reader, when he ruminates over the simple statements, starts thinking about the deep social conundrums that the poet wants to paint vividly. When that happens,  the poems succeed in their mission.
Consider the below piece:
Media Gifts
The world has always known
violence, murder, war,
even ethnic cleansing,
but rapid transmission of electronic news
constantly reminds us
that danger is present
everywhere we go
and continues to threaten
our frail stability .
Prima facie, there is not much “depth” or “poetic structure” in the above example, other than a strong anguish at the state of social affairs. Most of the poems in this collection fall under the same category, expressing disappointment over the various social and global issues, about how USA is deteriorating in its values, about how wars have displaced people and families, how the governments play truant with peoples’ lives etc. The below given poem also falls under the same category:
Expanding Cemeteries
The graves are getting wider
to accommodate the dead
in permanent resting places,
weighted down by heavy headstones
that keep them from expanding.
Undertaker’s profits increase
from burying the obese
and they bless carbohydrates
as long as there’s enough room
in the congested graveyard
for future arrivals.
The below poem, though “straight-forward” and direct, could also impel the reader to think widely and draw other inferences. Could even lead to philosophical thoughts like men “waiting for the big waves that never come” their way. That’s where poems of this kind achieve their success, when they scrape past their apparent structure and deliver unexpected conclusions.
Surf’s Down
Seduced by glamorous shows
with sexy beach bunnies
surrounding men in wetsuits,
eager Florida surfers,
cognitively challenged
like much of America
from tv overload,
paddle in place
as they wait and wait
for the big waves
that never come.
Gary Beck is a well experienced author with many volumes of work to his credit. The subject volume Blossoms of Decay  adds another feather to his cap.