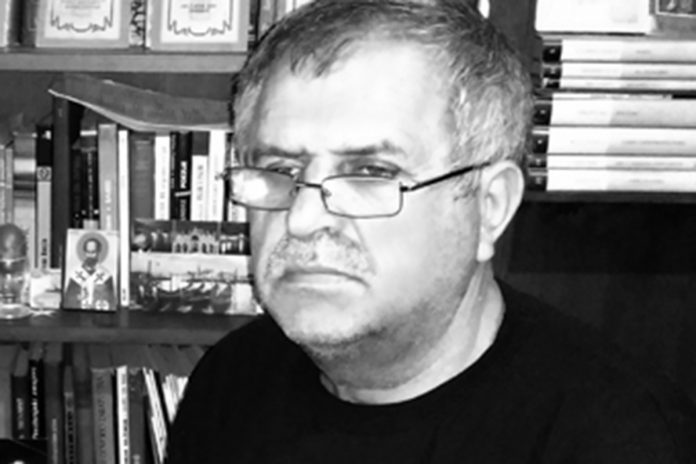 shadows of what has been done

think with your heart

religion is not based

there on the same branch

the fruit is magic the entrance of the gods

Cioran claims that life does not exist

that death is a state of sleep

He came to throw on us

the drop of blood

he will be born of

There is an insect on his grave

drinking his dream tells him:

don’t be scared of the young hands of the Moon

“I delivered your mother”

she doesn’t show me her boob!

Blood is an ancient branch

Due our old mother undresses herself

And let yarn around the blood vessels

And asks him: What are you doing here, son?

as all good children do.

My Manifest on the Will of the Mind

eternity told me writing is a moment

when the word begins

you write – because you are not used to keep silent

it looks so there – and you follow the way

life to become leafy and by its glance to make golden

those sparks that belong to you

below every verse the unwillingness of the gods

my verbal reconciliation stays here with it

where the therapy of consciousness

and here the immobile things start the status

at the marked place of your birth

eyesight shapes you of inside things

we will never be faithful to our first word

Blagoje Savic was born in 1951 in Serbia. He graduated from Faculty of Philosophy, specializing in Yugoslav Literature, in Pristina, Serbia. He has published many collections of poetry: An Apology to the Aim (Izvinjenje cilju, 1975), I Speak for the Second Time (Govorim po drugi put, 1978), The same milk (Isto mleko, 1982), Evening in the Plastic Sandal (Vece u plasticnoj sandal, 1987), Black tail (Crni rep, 1989), Izmornik (Izmornik, 1994), The Communion in the field (Pricest u polju, 1995), Mezra (Mezra, 1999), The Singing of the Fourth Day (Pojanje cetvrtog dana, 2004), Removed World (Pomereni svet, 2005), Lock the Dust (Zakljucaj prah, 2009), Therapy of Consciousness (Terapija svesti, 2017). He has received many awards for his work such: Lazar Vuckovic Prize, Golden Badge of KPZ Serbia, Charter of Sveti knez Lazar for Lifetime Achievement 2015, etc. His poems have been translated into several languages. He lives in Vranje, Serbia.