Her steps, long leaps in the sky, allow her to travel miles in seconds. The wind that whooshes under her stretched arms tickles her armpits as she traverses the heights, soaring like a golden eagle. She contains tornadoes in her embrace; a gust just a whiff, laden with the fragrance of sandalwood, on her face.

Her name, Garud, symbolizes the power and agility of a golden eagle.

On the Earth, far down below, they cut trees; sandal, teak, and oak, using harvesters. The equipment nips huge trees at the base, slice them into timbers in a matter of seconds.

A man overseeing the proceedings looks up, eyes straining against the brilliance of a blazing sun.

As she descends, Garud sees the glistening beads of sweat running down the man’s temples, collect on a massive double-chin, and drip. She lands next to the man wearing a white dhoti and a shirt.

“How could you do that?” the man asks, wiping his face with a hankie, also white as if in conformity to a dress-code.

“I fly,” Garud says, “because I love white clouds.”

“Do you see any, even after three months past regular time?”

“But they’ll come nevertheless, no matter how long it takes.” The man in white takes a deep breath. “Then, you’ll know”

“Makes no difference to me, but down here rain means mud in the puddles. Up there, it cleanses the feet; and soul, if you have one.”

“You seem to promote white, then why become concerned about the dark?” Garud asks. “Don’t you think the purity you nurture can disperse the darkness?”

The man gazes into Garud’s eyes. “The darkness within… it scares me.”

The man casts his eyes around, scans the men and machines at work.

“Of course, machinery working more efficiently than men,” the man says. “A bright future as the economy prospers. You know, my government is doing a great job.”

“What I see… now, turn to the other side,” Garud says.

Suddenly, darkness engulfs the Earth. A wind blows, carrying with it the chill of winter. The man’s body shakes like a rustling banyan leaf.

Out of nowhere, Garud produces a candle and lights it. “My flame never dies, no matter how strong the squall is.”

“Okay,” Garud says, “it makes sense. Now, look a bit farther. Can you see the hut at the foot of this hillock?”

“You sure that’s what you see?”

“Why? The man asks. “Are you suggesting it’s something else?”

“Of course; I see a vampire, a parasite sucking blood from a young girl’s neck. Just feel your heart, tell me what you really see.”

The man presses a palm below his left breast, listens to his heartbeat. “Yes, I think so; a man kissing his son, or, maybe a daughter.”

The man stares at his open palm, lets out a shriek. He frantically sweeps his hand on his shirt and stares at his hand again. Blood keeps seeping from his palm, from between his fingers. Frenzied, he now wipes his hand vigorously on his dhoti.

“Look at your clothes.” Garud picks up the candle and holds it near to the man. “See, no stains there.”

“What… where the hell is all the blood?”

“You know, your clothes… those are worthless; not even good enough to clean your hands.” Garud blows out the candle.

“It’s murky here. Please help me see, please…” Stretching both hands in front of him, the man scampers in the dark.

Garud walks briskly away from the scene.

On the other side of the hillock, she sees a beautiful, voluptuous maiden cocooned inside yellow silk threads. A hand appears over the cocoon and the girl breaks out through the yarns.

In a few moments, she turns into a hooker in a mini-skirt, with a powdered face and a smile that accentuates the glaze of lipstick on her lips.

The white-clad man, holding his scrotum and kneeling before her, cowers.

“Sacred,” the hooker screams, “blood is sacred.” She wipes her knife-holding hand on her red skirt and the other on her pink T-shirt. Stains of blood glow from her clothes, rendering them a darker hue. “Let it pour on Earth, to purify.”

“This is sacrilege,” the man in white laments, “chopping off a man’s balls.”

Garud leaves them to settle their dispute and jumps off into the heights.

The sun, now up, drenches her in its orange glory. A tingling sensation passes through her body, with the feel of the sunrays like virgin mist against her naked skin. They cause electric waves to course through her.

Down below, on the Earth again, she notices a man in a black suit beckon her, his short hair whipping in the wind. Gun in hand, his finger curls around the trigger, unwavering.

Garud swoops down, lands near the man.

“Who the hell are you?” the man asks.

“Why’d you summon me without knowing who I am?”

“Whatever,” he says, placing a heap of folders in front of Garud, on the ground, where dew has begun to wet the tiny sprouts of grass. “I want solutions, clear orders, so I can act.”

“You take orders from someone who you know nothing about?”

“Why not… I mean that’s how the system works. I just have to know you have power, you’re in some position, to exercise it.”

“Human nature,” he says. “We just seek solutions. It doesn’t really matter where they come from.”

“We believe in magic.”

“Ask for solutions from those who are supposed to find them. Right now, I’m not on a premeditated itinerary.”

“Ask the man in white, or red, or whatever color your bosses wear. It’s good each wears a distinct color so you don’t get confused.”

“They’re the ones who make us indecisive. Each embraces a different philosophy but dines from the same plate. We aren’t sure anymore what’s right and what’s not.”

“That’s bullshit. You’re the trained one, with a gun in your hand. You hold the rein. Just lead the horses in the direction you feel right.”

“Free yourself, just twist your wrists around, the shackles will snap.”

The man stands, looking at Garud, having nothing more to say.

Garud takes a plunge, this time to beneath the surface of the Earth. She feels the sticky wetness of earthworms that creep along her skin. The musky odor of their body fluids invades her nostrils.

Soil, brown like chocolate granules, blinds Garud’s vision. Nothing has ever been able to block her sight. She calls upon her powers.

The Earth splits, allowing a feeble light from a waning sun to pour in.

She notices a haggard-looking, scrawny old man, stretching his hand. His eyes seem to gaze from small pits dug in his face. “Alms,” he says.

“What about the earthworms?”

“They sneak into every pore of my being,” he says. “They’re… hungry too.” He seems to have difficulty speaking. “And, I… I have to take care of my grandson also.”

A young boy in his early teens appears.

“What about his parents?”

“Father died, mother eloped with her paramour.” A bout of cough rocks the old man’s frail body. “I think it’s them… they murdered my son.”

Garud looks at the boy, whose frontal nudity remains hidden with a piece of ragged cloth. His arms hang on his sides like lily stems. Used to seeing boys with muscular thighs and shapely biceps, Garud gains a new perspective of life at the sight of the boy.

His caved-in cheeks bear smears of dirt, and his legs look like they will crumble with the next step. But, she becomes amazed by a glint in his eyes, carrying the glaze of blazing embers.

Through a crevasse in the Earth, Garud looks up at a cloudless sky and sees the moon beginning to shape up as a crescent.

“Why don’t you feed on the worms?” Garud asks the old man.

“The earth is drying off quickly, we hardly find any vegetation,” he says. “If we eat them, soon the soil will become useless.”

“The Earth hasn’t yet lost its fertility,” the boy says.

Garud looks up towards the sky, for a miracle to happen… a magic plough, perhaps, to drop into her hands so she can gift something to the boy. 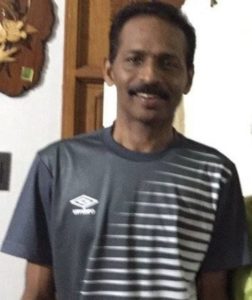 Hareendran Kallinkeel writes from Kerala, India, after a stint of 15 years in a police organization and five years in the Special Forces. His recent stories have been published by the New Reader Magazine, Pennsylvania Literary Journal, Corner Bar Magazine, Literally Stories, and Phenomenal Literature. His stories are forthcoming in Pennsylvania Literary Journal, Bryant Literary Review, Lalitamba Journal, Manawak Podcast, and Aaduna. 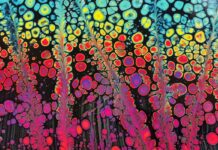 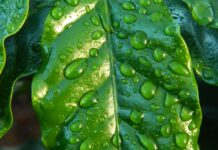 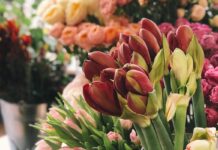