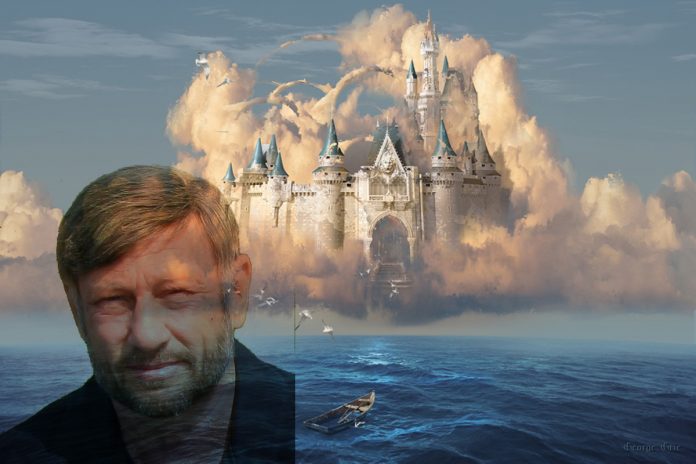 My qualifications for writing about fantasy literature/fairy tales are slight. As a child, I wore out the Whitman Classics children’s edition of Fifty Famous Fairy Tales, and, as a card-carrying baby-boomer, annually watched The Wizard of Oz. For long years my interest in fantasy lay dormant, but it was reawakened by The Lord of the Rings movies. After seeing The Fellowship of the Ring, I read Tolkien’s books and have been reading fantasy/fairy tales ever since. I’ve even written a fairy tale, The Green Children, based on a twelfth-century English legend, and have done an adaptation of Dickens’ first Christmas ghost story, “The Goblins Who Stole a Sexton” (ch. 29 in The Pickwick Papers).

The aim of this and following essays is quite simple: I mean to encourage the reading of fairy tales. I lay no claim to scholarship but come to this as an amateur who has asserted his right to read and enjoy fairy tales, including some I read long ago. In re-reading these, I’ve learned that fairy tales, as Tolkien noted,(i) are not the exclusive domain of children but appeal to all in a way that increases with age.

Defining phantasy isn’t easy; it defies being caught in a net of words. Phantasy transliterates the Greek phantasma, which means phantom, apparition, or ghost. On the assumption spectral phantoms exist only in the imagination and not in reality, phantasy is a creative product of the imagination. Despite Alice’s protest to the White Queen, one can imagine impossible things like elves, fairies, griffins, and goblins, along with possible things like princesses, princes, and wicked step-mothers.

Michael Drout, professor of English at Wheaton College (Norton, MA), wrote in Of Sorcerers and Men that “Fantasy literature is usually defined in the same way that Supreme Court judge Potter Stewart defined obscenity: ‘I know what it is when I see it.’” This rings true, and maybe it’s best to leave the genre undefined and allow readers to decide for themselves which stories are fairy tales and which aren’t. I will, however, suggest one broad parameter: fairy tales are stories set in the past about things that could not happen, whereas science fiction is set in the future and involves things that could happen. Jules Verne’s From the Earth to the Moon seemed fantastical when published in 1865, but what Verne imagined has happened. (In 2012, Smithsonian.com published a list of the top ten inventions inspired by sci-fi.) Exceptions to my rule are numerous. Most would consider the Star Wars movies to be science fiction, but the opening crawl to each film reads, “A long time ago in a galaxy far, far away . . . .”

Despite the many exceptions, I’ll stick to my rule that fairy tales involve the past and the impossible and will attempt to expand on this in the next essay.

(i) “On Fairy-Stories,” Essays Presented to Charles Williams

To read the next article in the series, “The Formula for Fantasy”, click here