I remember that a woman’s two year old child was dying. Of course it was very hard for her; she knew he was going to die, she was covering his mouth with her hand: Don’t baby, don’t dear, don’t die, but the child died. And when he died, when he passed, I remained in the hand. The priest saw me and got frightened: The soul, you woman, why did you squeeze his soul! I wriggled through the fingers, hit the ceiling, and I left, I flew out of the room. The city was crawling with flies; curtains were flies; women’s hairstyles were flies, men’s beards were flies, even the trees in the streets were flies. The buzzing made the houses vibrate, the avenue and the traffic signs, too, so the cars kept their wipers on and the citizens carried umbrellas. From time to time they would shake the flies off the umbrellas, as if they were shaking off black snow piled up over their heads. When they entered the shops, they would slip the tip of the umbrella through the drapes made of flies that were rustling in the door frame. In restaurants, people had to eat at tables with canopies that were sometimes covered with flies to the extent that nothing underneath them could be seen. The guests had to light candles near their plates in order to see their forks and knives. Some of the flies were protected by law, so the owner of “Green Paradise” restaurant would exterminate them in secret, with the help of minors who weren’t responsible in the eyes of the law. For flies smacked with those tiny hands, the owner paid one hundred denars per jar. The cost was around five hundred denars a day, but on the other hand, the customers didn’t have to spoon the flies out of their broths. There was, of course, an extra price for that, twice as high as the usual. “Green Paradise” was right next to the market, where a cluster of white grapes was sold together with a cluster of black flies. Don’t get me started on the places where feta, curd cheese and other dairy products were sold. Each chunk of cheese was wrapped in flies; one could only add a ribbon to it; there was no need to additionally wrap it in the obituary page of the local newspaper. Those people that could keep them off with the eyelashes or blow them away using their nose without opening the mouth, could see them oozing out of glasses together with the coke, or the beer, whichever. In the sweet shop, you could see a baklava with a fly-made tulumba rolling next to it, and next to the tulumba, an éclair that seems to be opening and closing its mouth, as if it were talking! Almost the same scene could be seen in the butcher shop: next to the ham hanging on a meat hook were the flies, forming an ostrich leg; or next to the calf’s head – a pig’s head with a black apple in the mouth!

Understandably, out in the open the lawns were buzzing; so were the trash cans, and flowers changed shapes according to the wind. Pretty much the same was going on with the decorative bushes, that sometimes resembled a mace, and at other times – a toadstool. The drivers who were able to breathe through their ears would shake off the flies from the rear view mirrors, looking at the bushes that they left behind. A particular thing occurred with those in love: first of all, the girls never knew what their hair would look like once they are out, that was up to the creativity of the flies in that part of the city; and second, the boys didn’t know the type of moustache and eyebrows they would have when they encounter their beloved. Sometimes they were unable to recognize each other, and they would pass by one another, buzzing like bees. They might recognize each other on their way back, after the flies from the suburbs had been replaced with downtown flies. The downtown flies were a tad more sophisticated, they were satisfied with being just a mole on someone’s cheek, or a tiny moustache under the nose. Lovers making love in the park behind the “Museum of the Victims of the Transition” had to chase the flies away from the mouths and breasts with their hands, they had to make a hole in the place they wanted to kiss, and then hold on as long as possible, using their noses to breathe through flies’ wings and rubbing legs. If one manages to kiss a nipple avoiding a fly, he should hang on to it until the end, because the second attempt could take very long, and turn out to be unsuccessful. You can’t fool a fly twice. The sex, on the other hand, was a different story, although the terror of the flies had its advantages once in a while. I am trying to say that, thanks to the flies that knew how to take shape of everything you could see, some men would show off the shadow of their member under the full moon, assuming that their partner does not know that the member is fly-made. In case the girl waved her hand, the shadow would crumble instantly; it would shrink and become barely noticeable on the lawn. The situation with the breasts was similar, especially with the nipples. The flies could sculpt such beautiful, ample breasts, and many would realize too late that they had dipped their hand into a buzzing nipple. In such cases the flies buzzed as if laughing, and the breasts shook as they were hanging like little clouds, actually they separated from the body as if they could exist without it, they floated like breasts wandering through space. Similar forms could be noticed in front of the courthouse, but also in front of the local TV station Hey, ho. Sometimes, one of the flies, usually the one on the tip of the nipple, the teat, or – God forbid – on the tip of a male erect organ, would separate from the figure, stand on the nose of an ice cream salesman, and give some sort of a political speech that the ice cream salesman was by no means allowed to interrupt. In addition, the fly uses its front legs (that are perhaps arms) to massage its mouth, but that doesn’t mean the speech is over. The salesman would be freezing with an empty cone in his hand. Out of the cone, resembling molten ice cream, tiny, freshly hatched flies would be dripping. The fly would end the speech, leave certain traces behind, and then fly away to the central square to continue the lies while standing on the ear of the American doughnuts salesman. In the meantime, a group of lover-flies was huddling under the skirts of women, going all the way up to their breasts and coming out from there, as if it has dug a tunnel through dreamland, or as if it were a tiny microphone stuck under the shirt to come out on the collar.

What is happening inside, to the sculptures brought from nearby archaeological sites, I say to myself as I’m entering though the central ventilation system. The next minute I slammed straight into the hall where the problem of the flies was being discussed. The ruling party claimed that there were no flies, and the opposition constantly proved that the city is swarmed with them, living in darkness that only the government is unable to see because it never goes out into the streets. Then they went off to lunch, and when they returned, the government admitted that there were flies, after all. But the opposition immediately objected, saying that there were no flies, that it is only the government’s attempt of turning the attention away from the big problems, such as the wind that circulates among the four city dumps for exactly twenty years and no one wants to stop it, or the rise in the price of oil, even though the city has plenty of oil, and the people, suckers as they are, sucked it out illegally, using their own private, unlawful pumps and wells. Just as I heard that, I fell into the glass of a man that lied without blinking an eye.

The glass smelled of whiskey, but luckily, it was empty.

Be it as it may, at the beginning of winter, or at the end of autumn, all the same, the City Council finally passed a law regarding the battle against flies. The battle would be announced with a siren on daily basis, and the siren would also mark the end of the battle. Once the siren sounds, the beating of the flies should begin. Every citizen is obligated to kill as many flies as possible, and killing them is not a criminal act if done within the time frame given by the law. And indeed, once the siren sounded, every last person began smacking the walls, the trees, the pavements, the pathways, themselves, the others, they smacked everywhere, they literally wouldn’t stop flicking the plastic swatters, bought with budgetary funds. In a few days the number of flies reduced slightly, but there were still hidden swarms that came out in the open as soon as the siren ending the battle would sound. Grouping up in swarms, they would regain the neighbourhoods, inventing new ways to have fun. Accordingly, they invented the making of swings on the trees, and swung in them in the shape of a boy with a hat, or a girl with a ribbon. The black flies also learned to make real churches with bell towers, and the green flies made real mosques with minarets. Amazingly, they could even make believers that exhaled little flies as they were walking out of the religious buildings. And suddenly it started to snow, real snow was falling and the flies disappeared. But the budget was completely spent, and the city was paralyzed by the snow drifts that covered the windows. I believe that the people who managed to dig a tunnel to the Municipality also somehow managed to get a hold of the mayor as he was getting onto the official sleigh, with special equipment for melting snow in movement.

– What will we do now? – one of the citizens asked.

– We’ll eat flies, – he answered – world crisis, fuck, what can ya do – he added as he was leaving in the fog. Lucky I heard that, I said to myself, I am saved, I thought as I was looking at the people that would remain open-mouthed until springtime. And then, I say to myself, I don’t know what happened to the people then. All I know is that I wanted to say something, but somebody squeezed the hand and completely ruined the story I was going to tell. This is nothing, I thought, and realized what I was, but the priest saw me and got frightened: The soul, you woman, why did you squeeze his soul! 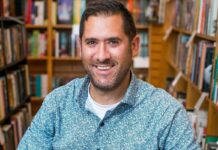