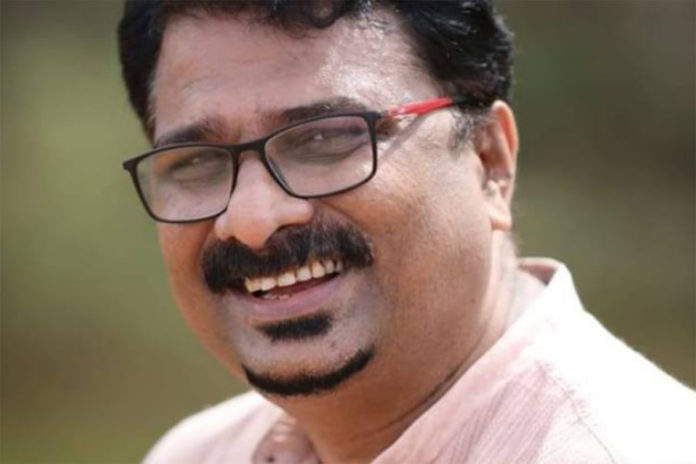 Darwin, Are You Listening?

Inflicted with lost coordinates,
hesitant,
we turned the world into a mayhem.

So as to rectify the error,
we scaled the Everest,
flew to outer space,
landed on the moon.

We sprinted hundred meters in nine seconds,
walked a tightrope across the Niagara falls,
held a hunger strike, became martyrs.

Even after accumulating the heroics,
we cannot surpass the annual ring of adventure
of a rooted hundred year old mango tree
that transcends seasons,
bloom into fruits and flowers.

Darwin, are you listening?
Humans evolve in art and language
to become trees.

Crosscheck the dictionary if you are not sure.
The word ‘tree’ appears much after ‘human’.

I Believe in Art Not Just Because It is Imperfect

We say we cannot see
not to mean it never existed,
but to mean our eyes have limited power.

Our solitude does not reside in our eyes.
Still, none manifests solitude better than our eyes.

Hence, I drew two eyes.
Still, none managed to sketch a Monalisa around it,
not even Michelangelo.

Run, Rosa, run.
Keep running.
The world is chasing us.

Rosa, we only have
legs,
gallops and gasps,
ways ahead, that keeps narrowing.

The sprint in a sport
lasts only hundred metres,
the burst in an alley till the rain arrives,
a chase that ends on alighting the bus
or a rush that sighs on signing the office register.

But this is different Rosa,
this dash is our life.
As if a bullet chases our head.

Is there a river ahead?
Spread your legs like a lotus.
Boulders?
Make them hard like a hoof.
A gorge?
Spread your arms into wings.
Tunnel it with your head.
Sea? Waves?
Shrink into a fish.

Rosa,
scampering humans
are the holy text of our times.
Shaky legs are our weapons.
Panting hearts are our logo.

Tired?
Shift allegiance to the legs of the dead.
Resting in the strength of soil,
they would be renewed.
About to fall?
Head towards to-be-born babies.
They would be waiting after bathing,
bathing in holy water.

If the dead are all rotten,
the wombs are all clogged,

Rosa, come,
let’s run, run and kiss,
transmit life into each other.

Hungry?
Gobble up the whole forest.
It will sprout, sprout again.
Thirsty?
Gulp the whole monsoon.
It will rain, rain and fill.

So,
run Rosa run,
run in straight lines and circles,
erect and stooping.

Run drawing a rainbow
above your uncle’s home.
Run boring a tunnel beneath
sister-in-law’s ancestral home.
Run elusive to
the telescope of the authorities.
Run two steps ahead
of the police whistle.

Run half an hour ahead
of the cannon ball.
Run in a language more expansive
than the international trade rule.
Run into more impenetrability
than a jail breakers hideout.

Run Rosa run,
run carrying this legless
on your shoulder.