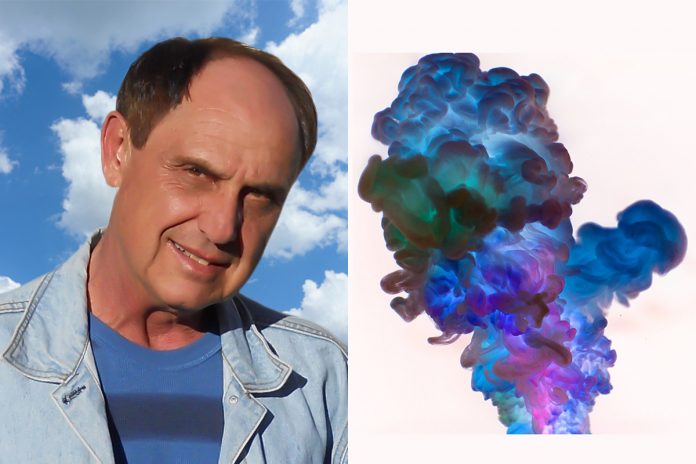 How do we expunge turpitude
of onerous ogres who would subvert
our hard-won independence?

How so bold as to deny the rights
of indigenous spirits whose lamps
illume our universe oh so bright?

How to deal with gamma ray bursts
zeroed in on Earth during future epochs,
eliminate them from the record?

How are we to thrive despite
heinous sins that constantly gnaw
at our collective conscience?

How usurp a scurrilous plutocracy
flattening us in its vice of tyranny
and stave off destruction of the republic?

How do we acknowledge
our ape ancestors, considering
evolution is being banned in schools?

How do the homeless go shabbily clothed
lacking shelter and food when countless billions
are spent on munitions instead?

How in a world where every God
is reviled by someone somewhere
do we stamp out hatred and penury?

How avoid shedding tears because fears
engage the procession of time
that confiscates lives and seals fates?

The chunky laborer alone, stoic,
sat at a cold hard steel table
on the sidewalk out in front
of Plumes coffee cafe
along Monterey’s amped up
Alvarado Street
one late spring afternoon.

Throngs of shoppers
crammed the asphalt,
joyful, cashing in
on luscious fruits
and sumptuous veggies
for sale at the Tuesday
Farmers Market.

If you fancy a diatribe
imagine living where lichen thrive.

Recognize it isn’t a race:
wine down at Jack’s Lounge.

Sidestepping the setting sun
one is prone to swoon.

Relevance run for cover:
he appeared spent,
simply went
where is anyone’s guess,
which is truly the sum
of what is to be said
about this entirely
unimagined event.

Osiris: Let there be light
that you gain insight.

Joyce: Be glad we reside
on the other side.

Spider Man: I have a monopoly on
the universe you don.

Persephone: Don’t get mad,
but you’ve been had.

Hitler: Come closer plover,
or I’ll run you over.

Edison: Electricity fell from grace,
left without a trace.

Eliot: Winter more like summer,
and summer a bummer.

Sartre: Before I am I think
oblivion is pink.

Beethoven: Isn’t it clear
I can barely hear?

Were I to climb pure ivory stairs
And at the top find only blank stares,
Perhaps no one would share my joy.

Were I to dive into a megastar
I’d be freed from dream’s totality,
Then make up time by knitting plants.

Should the chair I sit on have no seat
I’d fall to the floor, and any blessings
Accumulated in the quest be consumed.

Walking fields of golden rye with
Bare feet, and stepping on glass
I’d cut my foot and bleed to death.
If all my wrath blew out of me
In one big ball of fire one day,
The following day would have lapsed.

The hue and cry of a meadowlark
Without a beak and only one claw
Would streak across brightest night.

When everything I ever collected
Suddenly impacted and hardened
To a giant diamond, I’d have a ball.

And since there were no after all
To worry about, no rise nor fall,
Hallowed be the newness of things.

Statistically speaking, our words ring true
as they rain down upon our house of pain,
official documents stuffed
in tight jeans just in case.
Shivering in the autumn blizzard we draw
our bows as autocrats storm the castle gate.
Frozen as we are we stall
then tumble into freefall.
The neutron ballerina pirouettes on the edge
of destiny’s oracular star, while demons
in lead boxes defy circumcision,
adverse to serious circumspection.
While minds grind gears, our hearts grow fallow
so accustomed to dour solitude we’ve become,
managing a practical commonality
that fits the accepted mythology.

Eschewing this, brave angels from the brink
of disaster faster than lightning arrive to wrest
foul basilisks from mountain peaks
upon which they combat our brethren.
Titular command what we adhere to; it demands
our loyalty and faith. We are the soft underbelly.
We kneel on steel racks and pray
that our bread not be served stale.

Thomas Piekarski is a former editor of the California State Poetry Quarterly and Pushcart Prize nominee.His poetry and interviews have appeared in literary journals internationally, including Nimrod,Florida English Journal,Cream City Review,Mandala Journal, Poetry Salzburg,Poetry Quarterly, Pennsylvania Literary Journal, and Boston Poetry Magazine.He has published a travel book, Best Choices In Northern California, and his epic adventure Ballad of Billy the Kid is available on Amazon in both Kindle and print versions.