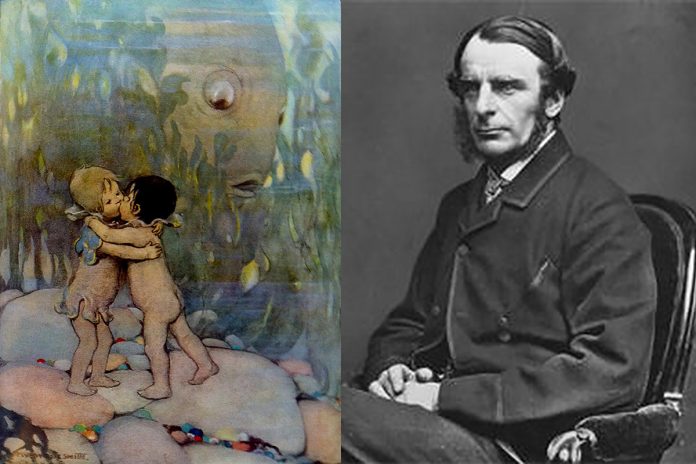 No one familiar with Victorian literature would rate Charles Kingsley’s books among the very best except, maybe, his children’s fantasy, The Water-Babies.

Charles Kingsley (1819–1875) was an Anglican clergyman noted during his life for his activity in five major areas.

In 1862, Kingsley’s wife urged him to write a story for their fourth child as he had done for the first three. Charles always insisted that the result was nothing more than a fairy tale not to be taken seriously, but, in fact, The Water-Babies incorporated each personal proclivity noted above. The story, which tells about the poor chimney sweep Tom who drowns and becomes a water baby, was called by Chesterton “a breezy and roaring freak; like a holiday at the seaside.(ii) One fantastic adventure follows another—a technique Carroll would later employ in Alice and MacDonald in The Princess and the Goblins—wherein Kingsley rails against the wretched plight of Victorian sweeps (considered the most oppressed, degraded, and tortured children in English society), includes cameos from nature (such as the activities of various insects), and preaches the possibility of redemption (even for a brute like Mr. Grimes). Other Victorian conventions are satirized as well, such as the Isle of the Tomtoddies, which takes a swipe at English education by describing the inhabitants as “all heads and no bodies,” who never learn anything because they spend all their time preparing for examinations.

(i) Roger Lancelyn Green, Andrew Lang: A Critical Biography with a Short-Title, 11.