Yesterday’s rain has
some questions for you.

Can anyone enjoy the rain
as much as a man who sleeps
on the earth as earth
under the wet dead leaves?

Do his thoughts,
metamorphosed into
moisture or slush,
have any relation to the
flying fireflies which shed
their wings again
like dry leaves?

Can the roots of the gamble tree
that get drenched in the rain,
preserve the wetness and
and shed it as rain later,
make out the spot
where bodies dissolve freeze?

Can the earthworm that
stitch along like a twain
to bind the layers,
capture the pulse
of the void where
the heart was once located?

Aren’t the people who
become one with the earth
the real people who seek
the roots the rain the worms
to wait for someone
and call out to the plough
to embrace the ones
who bring rain?

A snail,
in two minds,
looking right and left,
moved along a line of thought
and wrote its autobiography
on the wall.

A record of its
quest for truth
through silent experiments.

Without causing hurt to Tomorrow
Even by its antennae,
like a drop of water that
trickled down the mountain slope,
it sketched the axis of its life.

For it,
its shelter is not a Taj Mahal,
only a temporary sanctuary
for survival.

Reading each grain of sand,
finding truth in each leaf,
drinking the bright sun
on a dewdrop,
riding the peak of extreme torment,
it crept.
Also, recording that
straight lines never reveal
the truth.

Their objective was
to evacuate our home.
For us, to stay put was a Right and
staying awake was a matter of pride.

Today was the d-day!

We began preparing
by shutting and bolting
each door, each window.
Sniffing around the house,
peeing, marking the territory,
we became dogs and
cats with hidden claws.
We became tigers who demarcated
their territory in wide perimeters.
Became leeches to suck the blood
of invaders.
Became ants of unity.
Became the arrows from wasp hives.
Became porcupines with
spears pointing straight.

Even the kid who half-hid her face
behind her mother’s sari
held a rock within her fist.

It all happened with natural ease.

Now, is the time! 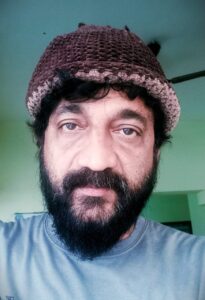 Raa Prasad is a well known poet from Alapuzha. His poems regularly appear in all major magazines of Kerala. He has three collections of poetry to his credit: ഇല (The leaf), കടൽ ഒരു കുമിള (Sea is a Bubble) and  പ്രേമത്തിൻറെ സുവിശേഷം (Gospel of Love). Raa Prasad  is also a film maker with one feature film titled  Arani – the fire inside. 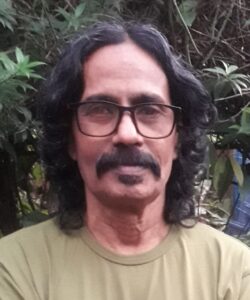 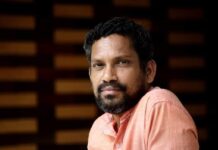 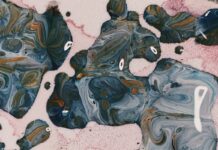 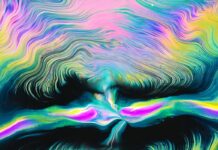 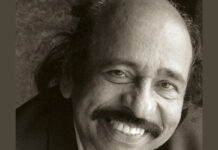