A dream from this morning, a lecture dream.
For once, there were no jokes, no digressions
or asides, not even one for instance.
My topic was serious and I was
suitably solemn. I even had notes.
The lectern was walnut. The hall was full
and quiet, like a movie theater
without a movie. I spoke into silence.
My words were silent too; yet nobody
cried Louder, no one spoke Speak up! The crowd,
all male, sat still and stiff, serious as
the officers in Frans Hals’ Banquet, but
without the ruffs and sashes. What was I
preaching about? Danish theology? Crimes
Against Humanity? The national debt?
Couldn’t remember, still can’t. What I do
recall is the statuesque white goddess
looming right behind me, staring over
my head, dour, unmoving and unmoved. The
lecture was nothing. The urgent questions that
woke me were: why a goddess and which one?
Not Artemis—no bow.
Not Aphrodite—way too severe.
Not Demeter—no sheaves.
Not Tyche—not capricious.
Not Hestia—the opposite of homey.
Maybe Hera—but why would she be there?
No, it had to be Athena. It was.
Or Minerva. Stern, likely disapproving.
Goddess at once of wisdom and of war.
Was I lacking one, stumbling toward the other?

Another lecture dream, a nightmare I
had twice, premiere then re-release, when I
was in my thirties. On the lectern lay
a stack of notes, single-spaced, minuscule
font, paper legal-sized, the sentences
Teutonic, turgid, interminable.
Both times, the subjects were Dostoyevsky,
Kierkegaard, Kafka—Notes, Fear and Trembling,
Metamorphosis—all three, seriatim
then jumbled up. My lecture was pedantic,
disorganized, delivered in a monotone.
I read for an hour before looking up.
Before me, rising in the amphitheater,
rows of students, unaccountably rapt.
I resumed reading for a second hour
before looking up again, astonished
to see the hall still full, the same young faces
still entranced. I shrugged then droned on for
a third hour, voice cracking, eyes aching
and squinting to make out the tiny print.
The third time I looked up, I saw faces
unchanged, still eager, looked closer and
saw they weren’t real faces, not real students
but painted ones. Horrified, I turned toward
the door that should have been on the left, to flee.
But where the door had been I saw
a multitude of receding halls with
me at the podium. I wheeled to the
right but that door too was gone, replaced by
another infinity of halls with
me before the terrifying trompe l’oeil.
I woke in an August sweat, trapped between
a brace of mirrors, past and future.

There are dreams that outstrip reality,
dreams that mystify, rising almost to
the surface then plummeting, dreams that tease
and smirk and slip beneath the door, into
the walls; amorous dreams that torment with
yearning, concupiscent or sentimental.
Dreams can inspire, pose and solve conundrums
as the busy brain turns on this, off that.
Pharaoh’s seven cows.
Paul McCartney’s Yesterday.
Mendeleev’s Table.
Mary Shelley’s Monster.
Elias Howe’s cannibals.

One afternoon, decades back, dog-tired,
I fell on my rented cot, instantly
asleep and instantly dreaming. I
sank through blanket, sheets, mattress, down into
a darkness that embraced me like some tender
fate or welcome death. I was barely twenty-one.
My basement room was thick with books and stale
Lucky Strike smoke. Lightless depth, meaning what?

Nightmares terrify, chastise, prophesy.
In the cortex, the censor dozes off,
neglected guardrails drop, memory and
fantasy turn feral, then there’s the bottomless
abyss, the censorious Athena,
the baffling mirrors, seeming to unearth
buried truths, but all just out of reach.
For its health, the mind requires that we dream,
the doctors say, demands us to forge in
its fires metaphors and motions
that could signify nothing and yet
might mean anything, everything.

At last month’s school reunion, we
kept mum about what twenty
years had done with our physiques.
We wrote off disappointments,
divorces, the two who’d died.

The truth is our team wasn’t much
good yet we did win some games.
Half-heartedly we relived
those four famous victories
remembered by no one else.

The sad teams we beat were
mostly made of frightened boys,
skinny kids or flabby forced
to play by hulking fathers,
coached by scary foul-mouthed fools.

We huddled together, grinned
and drank, sucked in our guts,
faked feelings of fellowship,
boasted of sham glories and
traded stories not quite true.

The Coyote of Myrtle Avenue

I suspect he’s a Democrat;
something about the way he lopes.
For sure he’s an atheist. Godless.
Brazen. The McCarthys’ puppy’s
missing but we’re infested
with rabbits. And what about
the skunks? No civic responsibility.
Pays no taxes. Deadbeat dad. Lolls
around all day in his den, comes
out at night like a playboy or
a pimp. And I’ll bet he marks
his territory too, peeing on
Mrs. Beckwith’s peonies and
Mr. Bloom’s Egyptian irises as if
the whole world belongs to him.
I saw him at one a.m. last night
trotting right down the middle of
the street. Bastard didn’t even break
stride. I swear he smirked at me
with the contempt of a fund manager.
Thanks for the easy pickings, sucker. 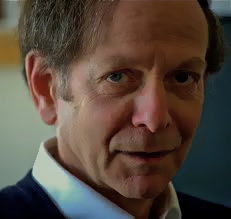 Robert Wexelblatt is a professor of humanities at Boston University’s College of General Studies. He has published seven fiction collections; two books of essays; two short novels; two books of poems; stories, essays, and poems in a variety of journals, and a novel awarded the Indie Book Awards first prize for fiction.