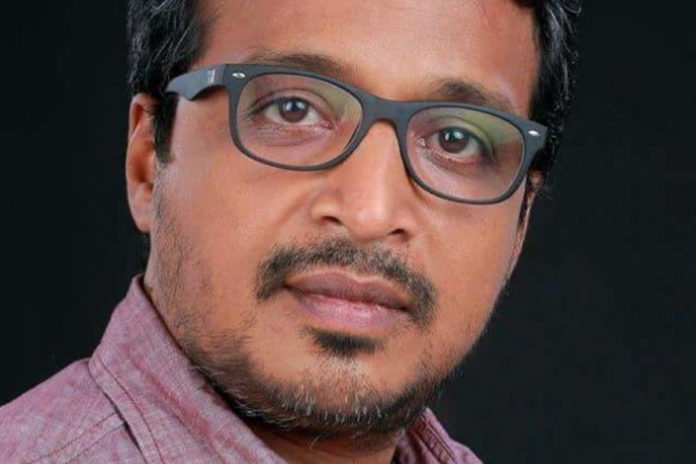 What can a drooping tree branch
in a forest do?
Can it erase
the remains of the slippery track
left behind by what slithered past?
Its body knows the warmth
of all the animals that crossed over.
Can it be crushed?

It can lie on its back:
cloudward, leafward.
It can shiver to the heartwood in mist,
meditate to the tip in sunlight.
Like the infestation of weaver ants,
it can remain a plank
till it decays to the navel.

Now I think
every birth knows its secret.
As dust or breath or just like that,
it will remain beyond this lifespan.

What is the role of leaves
in constructing a language?
Will it just be a rhyme
if we say
Banyan leaves speak Pali?
I have heard steel
utter ‘steel…’
Perched on the veranda,
I have seen what I speak
adhere to the tiny leaves
and shiver in the winds.
The rubber trees and wild jack
stand aroused
in the voice of hills.
Rain and the
movements in watershed
keep me waiting.
The language of my land
stagnates in the valley.
Atop the sleeping shadows,
rubber leaf litter.
No, words.

Whenever
the skull throbs in pain
the brain swells with
Sree Narayana Guru
Jesus
Justice
or the vigil for
surfacing cultural peaks,
I switch on the tube
and watch National Geographic,
my steamer
to seep into the planet.

Grassland is the bakery,
bucks are bread.
The detached tiger drags himself there.
Its reluctant locomotion,
the cornerstone of immobility.
Its eyes are
heavy with fate and grief,
not twilight slant.

Emptiness registers
the tender visual
of a hyena clan
scampering amidst
a herd of bucks.

The cub that fell behind
pulsed beneath
the pouncing animal herd,
it wasn’t writhing.

In the woods,
tiger bites off
a bloodless strand
from the hyena cub,
shakes it.

In the post-green grassland,
sporting the colour of soil,
of bark,
the skin of hyena cub
beneath tiger legs.

As the hyena mother
who lost the race reaches,
meadow unveils
the shade of routine.
She stands staggered
amidst austerity,
numb and sideward
nipples beside the abdomen,
baring teeth whiter than bones,
almost grinning at the tree top.

At 2:30,
Nat Geo Wild
captures the helicam shot
of mother hyena
brushing this episode aside
and vanishing into wilderness.

Channel might show
the hyena mother
as an emblem
carved in the setting sun.
Else,
a full screen sky
at the end
with the hyena face
at the bottom.

Sniffing and puffing,
I know
that animal
will head in the direction
of the buck trail.

Born in 1968, S.Kannan has two poetry collections in Malayalam to his credit – Uduppu (Dress) and Kaattil njan kadanna vazhikal (The rooms that I breezed through). He works in a Government Department in Kerala, India. 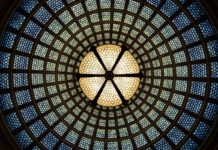 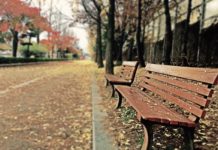 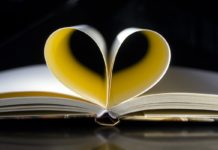 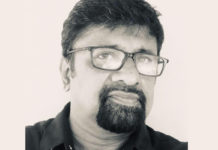 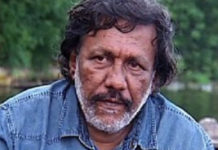