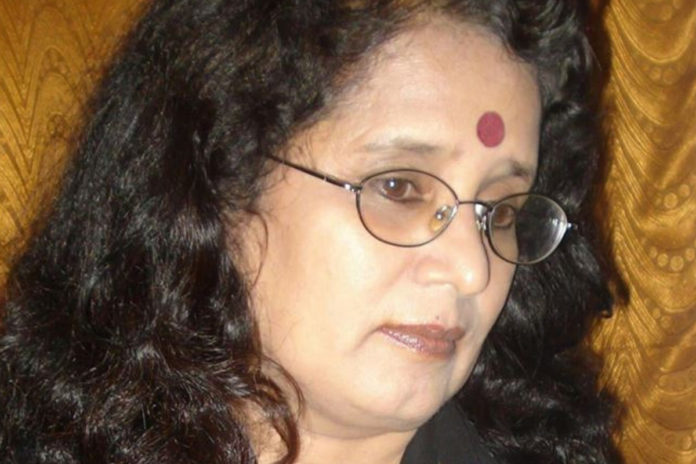 I love Gandhi.
Gandhi is not a toothless smile
not a statue where birds rest
not a bald head, round like the earth
neither a son of earth, crystallized into salt.
A silver spectacle
a walking stick elongated like a shadow
an elongating footfall
a fading ahimsa song.

I love Gandhi.
Gandhi is not Siddhartha who renounced the throne
or a half-naked fakir.
Not a weaver who endlessly spun thread
or a king who kept speaking the truth.

Gandhi is a lover
Gandhi is poetry.

The glorious buffalo horn
that adorns my wall,
which head
does this belong to?

Where did
the body behind the horn
and the tail behind the body hide?

How do I see the buffalo
hiding within the walls
or behind it?

From then on,
my attempt was to imagine him.

In my imagination,
a hundred buffaloes.
But, all of them had horns.

My quest is for the buffalo of my horn,
that buffalo without horn.

How do I see the buffalo
that I cannot imagine?
I gave up on my attempt to imagine.
Though bodiless, tailless, legless,
I always hear the clip-clop of his hooves.

One day he will come,
cracking open the wall
adorning this horn
shaking this horn
filling this room,
this house.

Women and the Handicapped

I am a handicap.
Doesn’t matter if my journey
is towards the north
the western shores
the eastern mountain ranges
or even the south,
I have a reserved seat in the bus.
At the cinema or railway station
Ambalappuzha or Alappuzha
ration store or polling booth,
I have a slot to stand.

In marriage and death
laughter and thought
even at court,
I have protection.
Still,
my place is always amidst women.
I do not know,
but are women too handicaps?

Savithri Rajeevan (born 1956) is a noted Malayalam poet and short fiction writer, based in Thiruvananthapuram, Kerala. She holds a post-graduate degree in Malayalam literature from the University of Kerala and another from the MS University, Baroda, in fine art criticism. She has taught art history in the Sree Sankaracharya University of Sanksrit, Kalady, and is currently an advisory board member of the Central Sahitya Akademi for Malayalam. Widely anthologized, she has published a volume of short fiction and four collections of poetry, most recently Ammaye Kulippikkumbol in 2014.