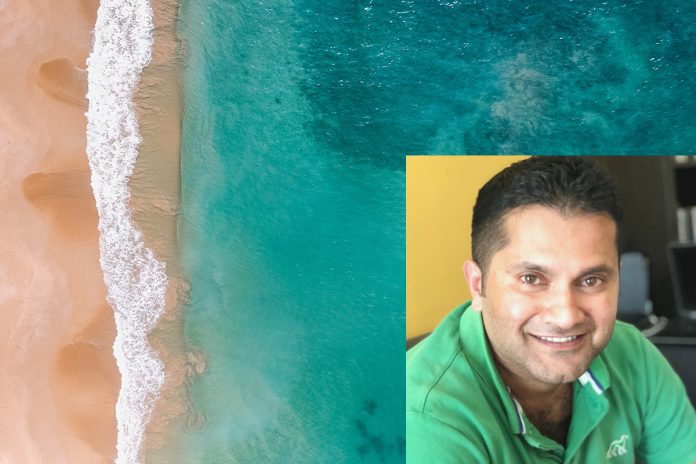 The first three poems represented here are from a body of work that I began in 1995 and will finally see the light of day in a collection to be published mid 2020 (twenty five years after the first pen on paper.). The book, tentatively titled “My Trivandrum Chronicles-Shitspew” is intended to encapsulate the experience of growing up and coming of age in a distant small town. It blends a mixture of personalized experience with the larger changes at work on the prism of the town that became a city – of beauty, of ostracism, of long walks and of hate, of peer pressure and engineering/medical college entrance exams, of new rich & new bikes, and good boys jumping walls at night but turning up the next day to enforce the ‘right’ (sic!). It seeks to explore the ways a town becomes a city. It talks of the most beautiful small town in the world, a town of silence, and government employees, a town where the roads turned numb at 7.30 pm, and silence reigned to complement some of the most outstanding natural beauty in the universe. Yet a town capable of intense hate, of solitary personal experience, of driving 30 per cent of its youth to negativity coupled with intense psychological pressure, to suicide, to retreat from social interaction – be it to the bottle, the med/another bed, or the shrink, or to high pressure jobs abroad for life, and a town at risk of losing its essence to the flood of new rich migrants from the suburbs and the hillocks.Very little of 1995 remains in that town, which is why hanging on to threads of memory remain critically important. And of course, the more things change, the more they remain the same!

this town is a shithole.
all blabbering tongues- raised in cacophony.
anxious in deficit,
trading malice as fun.

this town takes prisoners,
if you stray the strait.
good boys are welcomed
the rest are classified and murdered-mixed in gossips’ brew.

this town heckles your difference.
castrates your speech.
you talk about 16 hours.
you get fucked in the breech.

this town is loaded up
on nouveau rich contracts
on bastardised fathers underwriting
bastardised sons.

this town is a ghost
this town eats you as meat
this town celebrates
every centime of your defeats.

you walk up those slopes
missing late night buses plying snake filled pus.
Where you’re praying the next rich twitch
gets you all right!

you look around the pipes stacked up, on the old pipe road
old pipe dreams fronting style fronted hoards
you walk up and very soon- there’ll be no place to hide
pipes and memories- old avenue rides

The pipeman’s son,
Stays nicest of them all.
his friends jump walls on lonely nights
but he’s the good boy. A new car, every night!
Unspun.

Our town is the maverick,
a loners’ graveyard.
we refill the hate brew, bikers fuel- before we dole it out. All over you.

we discharge outrage,
over boredoms dust,
counting in the numbers
hate beckons. Hate in the envy. Hate in a new bike. Hate in a gutter.

Hate, in our blind!

We get called up to scream,
over whisky fed dreams.
pallets of praise need no labelling; the local woman’s club,
would take turns to fill in!

flip the good boy rote in this part of town. (there’s only good boys here on good bikes).
Sitting in wait, for your next mistake.
quicken up your success- get singled out on ‘steps’ 1
They know sodomisers when they see one. And they seem to see one. As one!

drag piles fester -our latest seance
you need a hooker
you go to the next town!

every day we sit around imaginary fires,
replaying other losses on a level playing cricket field.
We compensate your mediocrities by your tall tales
Of bikes moaning like raped hookers, across silent Eyre’s.

every sundown we sit around your circle; your circle of hate.
listening to limestone cracks, the newest shitcake.
exaggeration winging it, a solar punch, an old school plexus run.
Lying down on a narrow bike seat. Your idea of fun!

she leaves me out with the boys. To hang dry
pissing on their mercy I build skyscape dreams as towers cower in suspense over once green paddy shit.

All watched by. A once blue sky.

‘good hangings save bad marriages’
I think of gesticulating as you cry as handlers eavesdrop
across open windows. Yellowed rooms. You and me, never an inch apart.

In 1995 hope used to meditate at the Highness bar. In 1995, we dissed
fundamentalism. extra classes. racism. Whiplashes. Between root beer and the rot.

But this was not now, this was then!

where i was in hell; where you rolled eyes in the travel school, rang somebody else’s bell.
Where we saw each other across leafy isles.
Your eyes were your eyes. Drop dead. One single sigh!

But this was not then. This is now!

Now cavities open up under shrapnel teeth and Baby’s dental clinic licks their tools in expectation of your next visit.
Your mouth, sharp headed, curl rimmed, gorge all oxygen, the two of us. Flailing our speech. Killing off the embers.
Emptying flight. Or a need to retreat.

Now words like fuck off roll off your tongue.
a saint inverses epitaphs, reveals her raised hearken pitch, her kernel, her whole .
Inverted logic says you were the good guy-you were to blame.
She doesn’t bother with inversions. Only four-letter games!

fusillades of petrol spark plugs,
fart and die in my side of town.
surrendering to your whims,
a solitary specimen. Torn up, hung. out to dry.

variations, variegations, tampons at the beach.
motorbikes with sweepers,
consciences of spleen.

Cavorting couples hide under bushes of half fumigated release
we cry, and we search. we lie, we perch.

One needs sang-froid to sing in the rain
One needs unused umbilical cords, to rein in old grain.

Rony Nair is a poet, photographer and a part time columnist for several national dailies. His professional photography has been exhibited and been covered in more than a few leading works. His poetry, photography and writings have been featured and anthologized extensively. Some of his work has appeared in the Chiron Review, Kitaab, The Indian Express, Coldnoon, YGDRASIL journal, Mindless Muse, Yellow Chair Review, Indian Review, Alephi, New Asian Writing (NAW), Semaphore, The Economic Times, 1947, The Foliate Oak Magazine, Open Road Magazine, Tipton Review, Antarctica Journal, North East Review, Guerilla Wire, and Modern Literature, among numerous others.

Rony’s first book Whispers of Armistice is due in 2019 through Red River Press. He calls himself an International Indian and lives out of a suitcase with his partner Aiswarya and their two children. 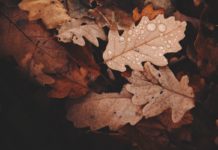