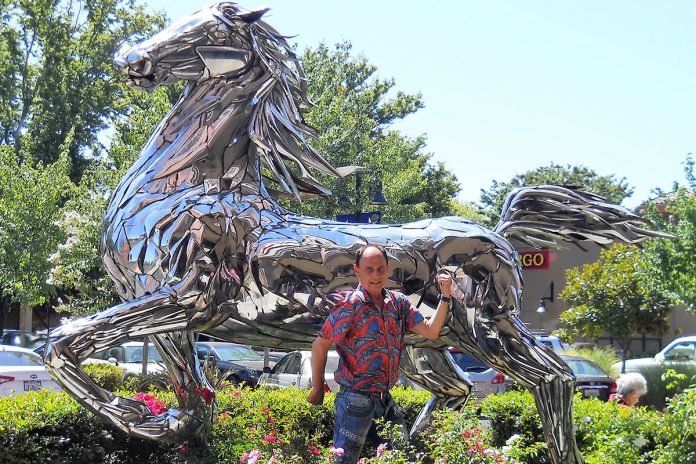 There are times that our reading
the likes of Lucretius
slips out of fashion
and frankly can take a hike.

There are times a transfusion
of hard fact is needed
in order to enact a simple truth.

There are times we would shine
and those when we sigh as
oppression succumbs to justice.

There are times we should heed
Steven Hawking when he warns
it’s only a matter of time.
There are times death invites
with nibbles—then bites!
and sets reality straight.

He swore I could course his river
on a cluttered little skiff he owned
and charge no toll. I mulled
the proposition over for a moment
and concluded I would refuse
because there was this glib shiftiness
about him I just couldn’t shake,
and he seemed indubitably
an incarnation of that crafty
villain Long John Silver.
Besides, since when is the cheapest
mode of transportation the best?

I explained to him that I mustn’t
take unnecessary chances, charged
with the task of manifesting myself
in perpetuity in order to avoid
facing gradual ossification
in the fog of excised memory.

I also considered
that any minute I might pop over
like Floyd, the nerdy
absent-minded barber who appeared
on the Andy Griffith Show,
who left this world suddenly
foiled by a massive fatal stroke,
and I wanted to protect
whatever time I had left.

And so I was loath to trust
this dodgy scruff of a stranger
with my precious cloistered fate,
deeming it far too risky,
he unqualified to transfer me safely
on his rickety waterlogged skiff
across the rapacious swirling Amazon
that gored my senses like a bull.
And I knew instinctively
that should I board it
I’d doubtless soon be regretting
a life I shot in the head.

Sitting on a rock at the shoreline, mini waves
gently cascade as a steady breeze drifts over
a broad swath of rippling water. Grizzly Bay
the first of a succession, next the San Pablo,
and then San Francisco, which mingles with
a wide open ocean. Here at peaceful Benicia
I peer out and ponder the sturdy metal bridge
connecting two peninsulas. It’s early spring
and the water is a bit murky, coasting along,
gradually lapping upon the rocks. The hills
around the town glimmer shamrock green,
dappled with flocks of viridian trees. I squint,
so bright is the mid day sun, and scan across
the water to a little promontory upon which
stands a miniature paddle wheeler in reality
a house, American flag flapping at its bow.
Perhaps they named this Grizzly Bay because
the Bear Flag revolt erupted not far from here,
during which thirty settlers forced Mexican
governor Vallejo to cede California to them.
They declared it an independent republic then,
short lived since 23 days later commodore Sloat
raised our stars and stripes at Monterey’s Custom
House, upstaging them. Benicia rather isolated,
its principal industry refineries, situated as it is
along a route of linked waterways. Now haute,
the main street that ends at the old ferry dock
a visitor’s paradise. The sexy black vixen who
cries out to be hip with her dark shades, sleek
platform shoes and simulated fur coat a spot on
knockout. Trend setters who praise an afternoon
of brisk air are taking reprieve from the hubbub
of social media and tedious careers, gathered at
Vince’s, enjoying mozzarella sticks and beer.
Rookies Sports Bar is packed with millennials
poo-pooing oil barons and the latest scandals.
In the early days California’s capitol caromed
like a billiard ball, Monterey, San Jose, Vallejo,
Benecia, and finally Sacramento. At Benecia
legislators hashed out new laws and chased
available women. The big brick building that
served as the capitol has been totally restored
to the way it was back when the budding state
flexed muscles and hailed its adopted nation.

Thomas Piekarski is a former editor of the California State Poetry Quarterly and Pushcart Prize nominee.His poetry and interviews have appeared in literary journals internationally, including Nimrod, Florida English Journal, Cream City Review, Mandala Journal, Poetry Salzburg, Poetry Quarterly, Pennsylvania Literary Journal, and Boston Poetry Magazine. He has published a travel book, Best Choices In Northern California, and his epic adventure Ballad of Billy the Kid is available on Amazon in both Kindle and print versions.