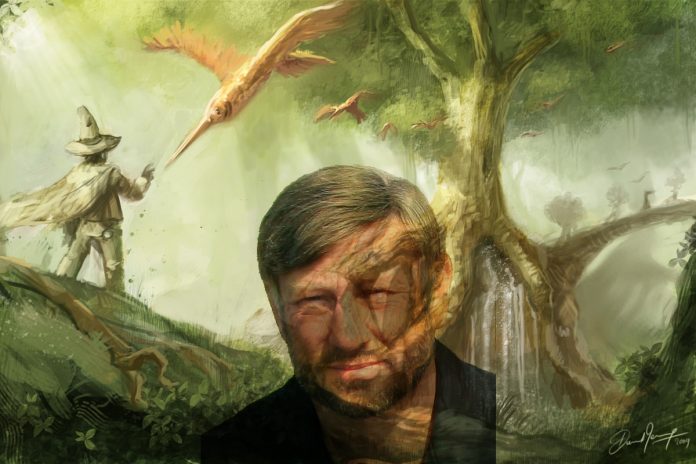 So what makes a story uniquely a fantasy? Any attempt to articulate a rule is liable to exceptions, but two factors found in nearly all fantasies are magic and a moral.

At the end of the Victorian age, Andrew Lang (1844–1912) was considered the leading authority on fairy tales because of his twelve books known by their colors—The Blue Fairy Book (1889), The Red Fairy Book (1890), etc.—containing adaptations of fairy tales from around the world. In his preface to The Violet Fairy Book (1901), he speculates that fairy stories “are full of the oldest ideas of ages when science did not exist, and magic took the place of science.” Lang may be right about magic filling in for science, but as F. W. Boreham noted, “the excellence of ignorance does not lie in the ignorance itself.”(i) Ignorance may create a void for magic, but imagination creates the magic; as Macaulay maintained in his essay on Milton, ignorance quickens the imagination.(ii) It is childlike imagination that fills the void of ignorance with the magic of the fairy tale. “The essential face of Fairie,” wrote Tolkien, “is . . . Magical.” (iii)

Jenny Woolf wrote that as Lewis Carroll grew older, he “regretted that he had not used Alice as a means of morally improving children’s minds.”(iv) Not all fantasies come with a moral, but many do. (Having a moral is not the same as moralizing—Kingsley’s Waterbabies, for instance,is ponderous with Victorian sermonizing.)Fantasies with a simple moral that send a strong message have staying power.The Sorcerer’s Apprentice (even the Disney version)memorably portrays the tragedy told in the Pandora myth or in the fall of man in Genesis. G. K. Chesterton cited Lang’s fairy tales to illustrate the virtue of if. “The note of the fairy utterance always is, ‘You may live in a palace of gold and sapphire, if you do not say the word ‘cow’”(v)—or stay out past midnight, or tell a lie, or ignore the wizard’s advice. Fairy stories can convey high virtues—courage, loyalty, mercy, hope. It matters not if the participants are imaginary so long as their story is real and human.

In life, goodness will win and evil will lose; and of this Lang wrote, “So it ought to be,and so, on the whole, it is and will be; and that is all the moral of fairy tales.”(vi)

(i) “The Joy of Ignorance,” Cliffs of Opal

(v) “The Ethics of Elfland,” Orthodoxy

To read the previous article in the series, “The Personality of Phantasy”, click here