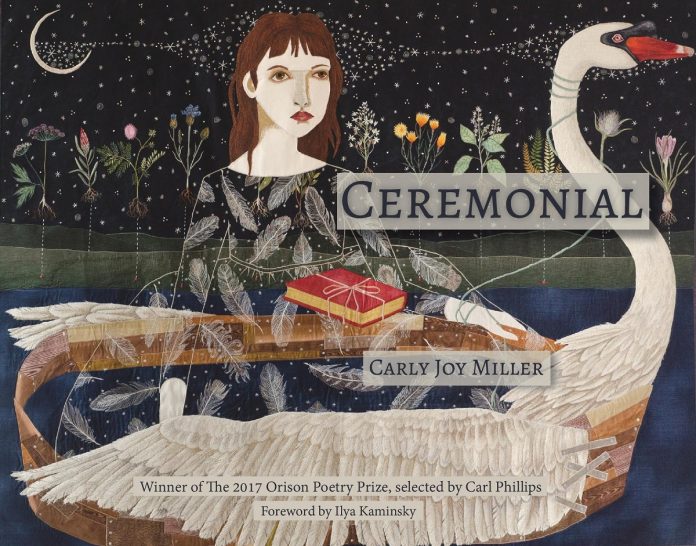 The poems in this collection are refreshingly different – in terms of their style, content and poetic poignancy. You catch hold of your pet cat and try to contain it between your hands – it defies the attempt at containing it and jumps off your hands with a vengeance. These poems are no different. They portend different meanings and still remain elusive. And to mention the silence between the words and between the lines – ” This silence needs to ripen “. They demand of the reader a ” devourment, a dedication “.
Like myriad hybrid creates of mythology, wherein one encounters half horse-half man, half man-half donkey etc, the poems of Ceremonial reflect the voices of a body that is torn between extremes. Rather the body itself becomes an hybrid creature ( animal? ) pulled in different, antagonistic directions.
Sanity loses war with sensuality. When sensuality peaks, the erstwhile human body turns into a half animal. Then, the top and bottom portions become two different animals pulling in multiple directions. It is not the body that suffers the multi-directional pull. In fact, it is the language of these poems that faces the music. The poems whisper; they shout; they remain silent for a moment, only to explode at the next moment.
To consider an example:
*
Lost Girl Wails Swan Song

He saw me with cassette ribbons
laced around my fingers in the hay field.
Don’t ask what put me there
fifteen years ago. Ask the wolves on the border.
Ask the hunter why moonshine
raised his aim high to my heart.
My sweater—left behind. My parents pried
carrion beetles so forensics could steal
a swatch of blood. I’m also
the shoe, laceless in the corn field.
When I think of everything I’ve lost,
I rejoice. No soap to scrub the devil
from my tongue, no belt to bruise
my wrists over a broken dish.
My parents think the day they buried me,
they laid two ghosts to rest—
mine choked in a casket, the killer’s
to rot. To grieve is to
pound a knife along the mason
jar, already opened. Face it—
nobody wants to wake cruel.

There are always killings in the quiet
line of trees. Trust in this:
wings sprouted from my shoulder blades.
I glide on water.

A body that is laid to rest, discovers wings that sprout from its shoulder blades and then glides on water ! It made its vengeance, in style.

Ceremonial poems are like veritable clouds. Like how the clouds present different shapes with passing time, the metaphors and meanings conveyed by these poems differ with every reading. You read a poem once and comfort yourself that you got its meaning; when you revisit the poem, you are flabbergasted that it presents an entirely different scenario. That strength of these poems is derived from the unfamiliar combination of known words, which yield themselves into exotic sentences which ooze out multiple meanings. Contextualizing a poem thereby becomes a difficult exercise.
Ceremonial will definitely find a place in the “must read” list of the new, aspiring modern poets.
Book Details:
Ceremonial by Carly Joy Miller
Winner of The 2017 Orison Poetry Prize, selected by Carl Phillips
Orison Books
https://orisonbooks.com/product/ceremonial-poems-by-carly-joy-miller/ 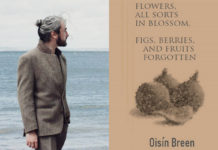