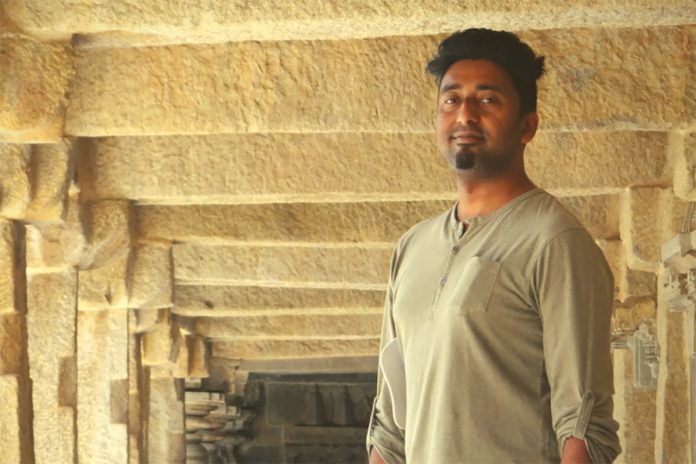 If you walk the streets of the city

that I write about,

you would call me a liar.

no more a playground ingress

or a sunset bench.

A new coat gobbles the graffiti,

an extinct backdrop for the urban day.

an elusive rabbit that pops its head

from a new substrate of the burrow.

yesteryear stars resigned to a corner.

Pigeonhole the visit to my lonely study.

The overburdened wardrobe blended in

with a new family of cockroaches.

The goblet emptied the leftover whiskey.

The rusty tap sheds tears. It gurgles, a

widower clearing a lump in his throat.

Detour from my piece.

I’m yet to befriend the designer of being.

My cell-powered toy horse in

It reminds a dead-drunk performer.

It must have been me

from the language of love

my old toy in a conversation,

legends of yore into the

dense forest of Chamataka, where

perching on a decayed twig

of justice, Kalia stitches together an

escape route from the maze of deceit.

Harry Potter infuses the believer with

a prayer, saving the day for the muggles.

Battle Cat gives up his meal, to

fight off the bad chaos.

Suppandi brings the house down

conjuring up a green bridge.

Misha the bear sprints towards a

They win, as our ruthless history

remind that I do not exist,

that I speak from a vacuum.

In the forest of Chamataka,

the only ones engaged in

hide and seek past the playtime hour

are the Police and the Maoists.

The children are back home,

the toys are performing their routine–

A fall from language is a

Note: Comic book and fantasy novel character references included in this piece. Annai is a character in ‘An eye for Annai’, an animated short.

Aditya Shankar is an Indian poet, flash fiction author, and translator. His poems, fiction, and translations have appeared or is forthcoming in the The Ghost Parachute, Canada Quarterly, Indian Literature, Modern Poetry in Translation, The Little Magazine, The Four Quarters Magazine, The Anti Heroin Chic, The After Happy Hour Review, Chandrabhaga, Muse & Murmur, and elsewhere. Books: After Seeing (2006), Party Poopers (2014). He lives in Bangalore, India.