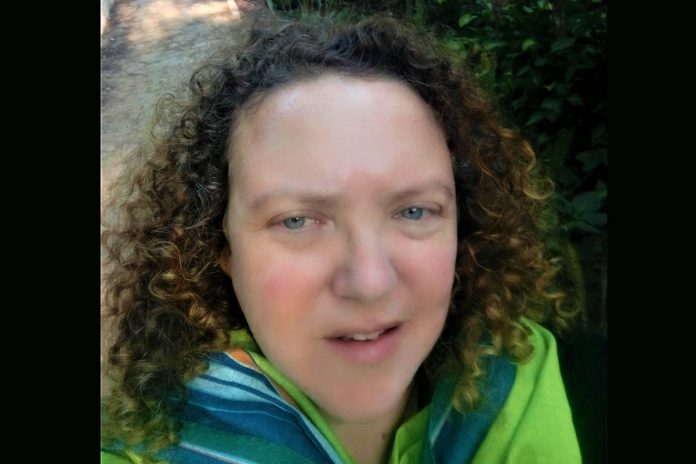 Though my hands are beaten

Their ability to feel hasn’t been damaged,

But has darkened the ability to be accurate,

As when drawing on paper.

I am not even hiding my scars

and she offers me to hide my accent.

I can be taught how, she says lightly,

Shefali, even her name is hidden

Shefali has been taught that the shefali

is a flower that exists only in India.

From here she came to believe

that Sheifali it is only a weed.

Not even a thorn.

Back when we met, if only we were to know,

that the sheifali is called in English the Tree of Sorrow.

Sheifali and I, we never discussed the color of the sheifali

I came to believe my skin is too light,

In order to be seen,

out of this page,

out of this black and white screen,

I might have to hold on to my accent.

We got married in a language that is not our own

In a backyard on loan

From people we’re unfamiliar with.

We had guests that came only

Out of curiosity.  And yet,

We convinced ourselves that this is what we want.

We left the rest of the convincing

To the champagne and hummus.

Though you did love me,

I did allow us

To a spontaneous honeymoon.

By then I was willing to reach

Just the honey without the moon.

But even so, it lasted less than a day.

It took me more than era

To realize the honeymoon was fake.

As I grow old

I will try to recall

The taste of you, of champagne and hummus.

from waiting for you too long.

Long enough for me to sob

without you witnessing me.

But I’m the only thing you can come back to.

We live on a blank page.

The winter has eaten our background.

In this nothingness, longing has no echo.

When you finely join me, we bend to the winter,

to sniff the soil,

to find a beginning of life.

The air is too frozen for carrying messages from other hopes.

Only when it is snowing, the air becomes alive and spicy.

But with the snow hiding our common ground

we stumble on the paling coverage,

losing our grip of what could charge us with stability.

The streets hold on to their Christmas lights still

in the middle of January.

Life requires so much patience,

and even more so on winter time.

In this season of excess obscurity

no one wants to give up light

for the uncertainty of cold sun.

These days erased by immature nights,

that come in haste, before the day ripeness,

a too early darkness shines on New Year’s resolutions.

Promises diluted into the pale twilight,

that gives no time to stay in the in-between-zone.

The body can’t keep up with days that rush to their end.

Nights stretch onto the mornings,

hide what might have been perceived as something new,

I wake up to one of these seemingly new days

and find that I am the one who is not new any longer.

Will I also dim before reaching a shining peak?

to keep semblance of novelty.

It doesn’t remain my surrounding awake

but it keeps me alert.

In this silent cold

the only thing I succeed to unfold

is the winter linens.

Gili Haimovich is an international poet and translator who writes in both Hebrew and English. She has six volumes of poetry in Hebrew and two short collections of poems written originally in English, Sideways Roots (Kimchi Press, 2017) and Living on a Blank Page (Blue Angel Press, 2008) that came out in two editions. Her most recent book in Hebrew, Landing Lights (Iton 77 Publishing House), received a grant from the Acum Association as did her previous one, Babygirl. Her second book, Reflected Like Joy (Gvanim Publishers, 2002) won a grant from the Pais Committee. . Her work is published in numerous publications worldwide such as World Literature Today, Poetry International, International Poetry Review, POEM – International English Language Quarterly, LRC – Literary Review of Canada, Asymptote, Drain Magazine, Blue Lyra, Circumference, TOK1: Writing the New Toronto, New Humanist, Room Magazine and Mediterranean Poetry and many Israeli ones, including the anthologies The Most Beautiful Poems in Hebrew (Yedioth Ahronot Books, 2013) and A Naked Queen – An Anthology of Israeli Social Protest (Hakibutzh Hameuhad Publishing House, 2013). Her poems have been translated into about ten languages and she performs with them in different festivals and venues around the world.