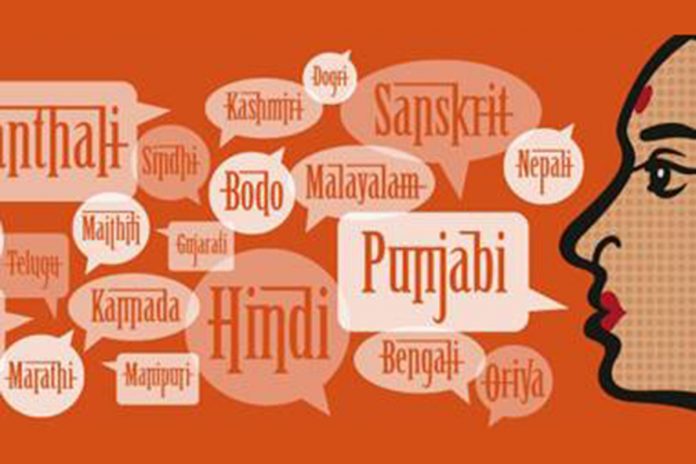 The Eighth Schedule of the Indian Constitution lists the 22 official languages of India. These are the languages that the government of India officially promotes. Originally 14 when the list was prepared in 1950, eight more languages have been included in the last 50 years in response to the demands of different language groups. Sindhi, Konkani, Maithili and Santhal were among the languages that were included. Individual states too have their own list of official languages; those that are in the Eighth Schedule and also others that aren’t. But a wealth of linguistic richness exists outside these portals of state patronage as every state is home to several languages, besides the two or three official ones.

Also, besides the many full-fledged languages outside of the Eighth Schedule, there are languages that could be termed as “variations on a theme”, i.e., retaining the body of a language and making some adjustments for various reasons. Two such “languages” are to be found in Delhi. A little detour into the world of the language that dominated Delhi’s cultural life for centuries, Urdu, offers two such thematic variations which have also been the subject of scholarly attention.

In 1961, the Urdu scholar Gopi Chand Narang published a very interesting monograph (Karkhandari Dialect of Delhi Urdu) on what he called the “karkhandari zubaan”, a dialect of Urdu spoken by craftsmen communities in Old Delhi. The dialect of those who worked in factories (karkhana), earthy in its spoken form and often spoken in a singsong manner, the karkhandari dialect is today a language well on its way to extinction as the complexion of Old Delhi and its communities undergoes irrevocable change in the face of economic upheavals that have rendered many old professions obsolete.

Behind closed doors and hence, “safe” spaces, the women of Old Delhi (and many other areas too) spoke what came to be known as “begamati zubaan”—the language of women. In begamati zubaan, women are not worried about whether the men think them “ladylike” or not, since men are not party to the conversation. In the monograph Begamati Zuban: Women’s Language and Culture in Nineteenth-Century Delhi by professor Gail Minault, she speaks of the linguistic style of this tongue being straightforward and highly colloquial, shorn of the flowery and polite phrases of Persianized Urdu. This is attributed to women not being highly educated, and thus not having access to such vocabulary as can be heard in the Urdu spoken by men. Begamati zubaan is something that is often found in the writings of Ismat Chugtai. With such variety in a little area of Delhi, it stands to reason that the states of India are likely to be even richer in their linguistic diversity.

Take the case of Jammu and Kashmir. Kashmiri, Hindi, Dogri, Gojri, Ladakhi, Pahari, Balti, Shina and Urdu are the various languages spoken in the state. While Ladakhi and Balti are related languages akin to Tibetan, Shina, spoken by the Dards who live in the Da Hanu area of Ladakh, is related to Kashmiri, though George Grierson, in his Linguistic Survey of India, talks of it being influenced by Tibetan, too. In a delightful piece published in the magazine Civil Lines, entitled “Liver is Not Mutton”, journalist and writer Kai Friese talks of German women visiting Da Hanu in order to seed a pure Aryan child. Besides Da and Hanu, Dards are also found in Ganoks, now in Pakistan. The Dards (whose appearance is different from their fellow Ladakhis), it was long believed, were “pure Aryan” (whatever that means) and the area was a Shangri-La after Hitler’s own heart.

Close to the other Kashmir controlled by the country that Indians love to hate, in the Chitral district of Khyber Pakhtunkhwa, another Dardic language, known as Kalash, is spoken by about 5,000 Kalash people. A pagan people who live deep in one of the valleys of the Hindu Kush, markedly different in appearance, religion and dress from the denizens of nearby regions, the Kalash are rumoured to be the long-lost descendants of Alexander’s Greek and Macedonian armies. The prevalence of blue-green eyes and blonde-brown hair among many Kalash only serves to strengthen this rumour.

Both Da Hanu Ganoks and the Kalash regions are spoken of as having inspired Kipling’s The Man Who Would Be King.

Uttarakhand is home to Hindi and many Pahari languages like Garhwali, Kumaoni and Jaunsari. Sanskrit has been given the status of second official language in the state. But besides these languages, many Tibeto-Burman languages are also spoken in this region, including Bhoti, Jad, Rangkas, Darmiya, Byangsi, and Chaudangsi. Clearly, a daunting variety of languages.

Sikkim is home to several languages, besides the predominant Nepali. The Sikkimese language (also called Sikkimese Tibetan and Bhotia) is akin to Dzongkha, the language of nearby Bhutan, which in turn is related to Tibetan. But, besides Sikkimese and Nepali, there is Lepcha, which, by some accounts, predates Tibetan and Nepali. Spoken in Sikkim, parts of West Bengal, Bhutan and Nepal, Lepcha, though classified in the Sino-Tibetan (Tibeto-Burman) family of languages, is a language with a more ancient antiquity than the other languages of this family.

Even tiny Lakshwadeep displays a robust diversity of languages. Besides Malayalam, Lakshwadweep is also home to Mahl, the language of Minicoy, which is similar to Sinhala and Divehi and Jeseri, an island dialect with many similarities to Malayalam and some marked divergences too.

Clearly, India is extremely rich in terms of linguistic diversity. 1,652 languages were listed in the 1961 Census . Perhaps about 200 to 250 of these languages were erroneously recorded; the same language was recorded twice with different spellings, languages that did not actually exist were recorded by untrained surveyors and so on. But still, 1,350 to 1,400 languages is a huge number. G.N. Devy, who has spearheaded the People’s Linguistic Survey of India (PLSI) for years, speaks of 780 languages as definitely existing. He also suspects that at least another 100 to 150 languages, which have escaped the attention of the PLSI, exist. Based on the 1,652 languages enumerated in the 1961 Census, he estimates that around 220 languages have probably been lost.

Even as you read this, Chaimal, a tribal language spoken in Tripura, is on its way out. Barely four to five speakers exist and the Chaimal tribe (population: 226) is opting for Kokborok in preference to their own language. Devy estimates that another 150 languages are headed the Chaimal way, as the younger generation opts for languages other than the ancestral tongues.

To return to Urdu, while its reputation as an extremely refined tongue is of course well-known, the question of which version of Urdu can really lay claim to being purer than others was one that many minds sought to answer—with amusing results. Among the more delightful debates around Urdu has been the one which attempted to assert which version of Urdu was purer: Lucknavi or Dehalvi? In Pakistan, even as late as the 1960s, Urdu writers Josh Malihabadi and Shahid Ahmed Dehlvi were at each other’s throats in a battle to decide whether Lucknavi or Dehlvi Urdu ought to be regarded as authentic.

Josh believed that the Urdu of Delhi was not to be taken seriously, while Shahid Dehlvi dismissed Lucknavi Urdu as “poorab ke launde laparon ki boli-tholi”, or gibberish spoken by riff-raff from the east, i.e., Uttar Pradesh.

The final word on this debate is still awaited. 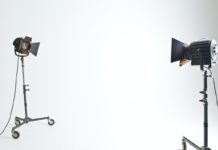 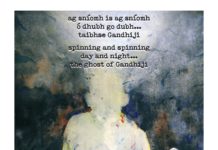 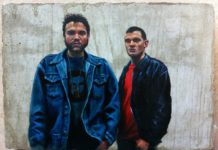 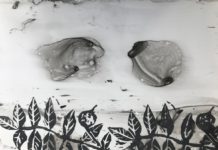 My Journey as an Artist & Art Instructor – Cynthia Yatchman 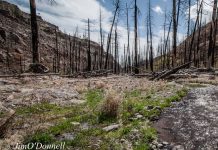 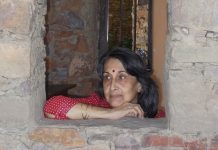