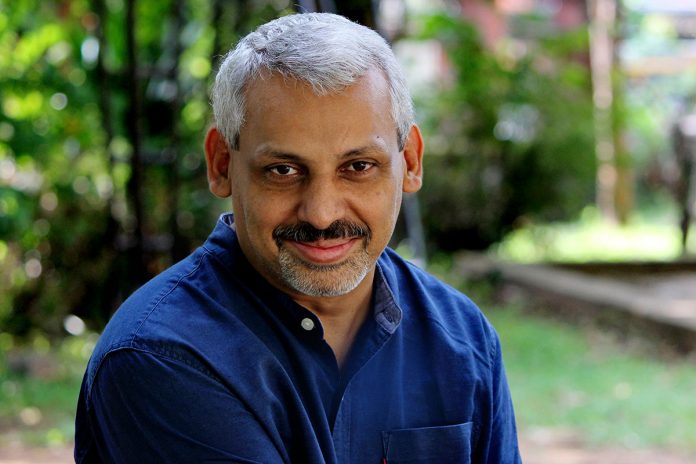 Kindly join us for the Big Eid feast, Mr Unwin. Please be seated on the fictitious chair I have dragged out for you. Here is your imaginary cutlery. Here is your napkin. Enjoy your figurative meal.

The Big Eid came two months after the Small Eid, and between the two Vappa died many near-deaths. Our friend circle had grown marginally in two months, and we had to move chairs from other rooms to accommodate everyone around the small dining table for the Big Eid feast. Vappa had invited Kunjumon and, much to Umma’s displeasure, Tarzan. I invited Bilal, even though I did not have to; one feast was enough to compensate for the cake and Coke he had bought me with the equivalent of a dollar.

It was nice to have proper guests in the house after a very long time. (We normally had grim-faced relatives as guests, who sized up Little and me with sympathetic eyes.) Vappa dressed Little up in a pink frock and put a pink bow on her head and she looked like a doll except when her nose ran. Umma smiled at everyone. But deep inside her she did not want Tarzan anywhere in the vicinity of Bougainvillea, let alone sitting at the dining table. She had tried to persuade Vappa to talk to the landlord and get another man to climb trees. But Vappa refused bluntly. He said an indoor bathroom, or an outdoor one with a proper roof, was the only defence against tree climbers. No one ever lodged a complaint against a coconut tree climber as that would have left nuts drying in trees and leaves turning brown and brittle. You might easily find a replacement for a driver or a watchman, even for a maid, but not for people like Tarzan because, just like tigers, his breed marks its turfs with invisible borders, boundaries no one dared crossing.

I did not want Tarzan to be eating with us either, even though he never peeped down from trees when I went to bathe in the roofless bathroom. I hated him for another reason, for wrecking a bird’s family and leaving an ash-coloured bird heartbroken and flying frantically from tree to tree in the hope of finding its future back.

At the end of a long monsoon – a season when Tarzan refused to climb trees for the fear of slipping down and falling to his death just like his father had done and everyone relied on the wind to pluck coconuts – he mounted a particularly tall tree near the bathroom and poked his cutlass into a nest without even bothering to check what was inside. The nest slid down the spine of a coconut branch and landed on a patch of wet grass. Everything was in slow motion, but I still expected feathers to explode into the air the moment the nest hit the ground and, after a few stunted minutes, chicks to crawl out like people finding their way out of overturned cars. Nothing of that sort happened. Once the tree stopped raining bunches of coconuts, dried-up pods and yellowing leaves, I ran to the nest, anticipating crushed chicks inside. The nest was empty, except for a few nuggets of dirt and two eggs that had miraculously survived the fall. The eggs were light brown, dotted and smaller than what Vappumma’s hens laid with much clacking and fanfare. I thought of the chicks sleeping inside. They would soon have wings and take to the skies and earn their share of bird’s-eye view. I thought of taking the eggs home and somehow cheating hens or pigeons into hatching them. Vappa would have loved the idea, he loved weird ideas.

The eggs looked smooth, and almost as crisp to the eye as the dollar bill Bilal had exchanged for forty-one rupees. I picked them up carefully from the nest and carried them to the roofless bathroom where I washed them inside the black drum with Lifebuoy and coconut husk until they shone like the shells on the Secret Beach. To think that I was holding precious life in my palms made my hands tremble, and as I dried the eggs with the end of my shirt, I dreaded my hands would grow clumsy with paranoiac care and crumple the shell, and life would ooze out in thin, yolk-yellow streams.

I wondered which birds were waiting inside those eggs to be born. Parrots seemed most likely – in early mornings the estate was alive with their screeches as they flew in batches to raid guava trees and leave the fruits half-gnawed and looking like zombie faces.

Or owls – a couple of them lived in one of the tamarind trees that lined the trail cutting through coconut groves to the helipad. We had seen four shiny eyes peering critically down at us from a branch as we made our way home from the beach one late evening.

Or mynas – they were a dime a dozen on the cliff. But could they have laid eggs the size of ping pong balls through their narrow asses?

Or pigeons – by the look of them, they are pigeon eggs. But do pigeons ever lay eggs on treetops? They prefer roofs, sunshades and Lilliputian alleys behind sticks of abandoned furniture. The courtyard of Bougainvillea was full of pigeons, and the landlord, who was a walking encyclopaedia of pigeons, had given Umma a few tips on getting rid of the birds quickly and completely if she was allergic to them. But Umma let them be; she even fed them occasionally, but she swore at them when they flew into the kitchen and pecked at her cooking or dirtied her pots. One day a pigeon landed behind the washing machine and would not go away no matter how much she shooed. She whacked on the sides of the washing machine but the pigeon wouldn’t budge, she even tried to prod it into flight with the end of a broom, but when she found out that the pigeon was hatching she turned generous. She served it grains and water daily, and was disappointed when it abandoned the egg after a week and flew away.

Or it could be a nameless migratory bird that dropped out of one of those fleets that flew over the town in the shape of a letter of the English alphabet. The eggs must have become too heavy for the bird to carry and it must have stopped by the estate and laid those dotted eggs.

‘Boy,’ Tarzan called from behind in a drillmaster’s stern voice, and the end of my penis burned as if I had touched it with the same fingers that had plucked chillies. I turned on my heels, holding out the eggs as if I had been caught in the act of stealing them. He had finished climbing trees, the estate was strewn with little mounts of coconuts and his hairy chest and shins were sprinkled with the pollen from coconut flowers. His cutlass hung from his waist like an inverted question mark. ‘Give me those eggs,’ he said.

Quickly, as if I had been waiting to get rid of them, I handed him the eggs. What I witnessed next made me ditch my long cherished dream of metamorphosing into a bird one day. Tarzan rotated the eggs in his palm. Poor embryos. I imagined them having a rollercoaster ride inside the shells. I wanted to stop him, but couldn’t push my voice past my lips, so, like every other time when I wanted to speak up but did not have the courage, I screamed inside. A scream that was so full of abuses that I used asterisks and hash signs instead of actual words. Then he stopped twirling the eggs, and I stopped yelling, but he did not notice me stop yelling because he had not heard me start in the first place. He held one egg up, as if testing the shell’s thickness against sunlight, and, whipping the cutlass out, he gave it a slight rap with its blunt edge. It broke the egg and my heart, and I started to yell inside me again. As he emptied the egg into his mouth in one long swig a bird swooped down on the nest lying on the slush with a shrill screech. It came from the direction of the beach, and its descent was so swift that it might as well have been felled by a bullet. A fork-tailed bird with a long beak and small, bloodshot eyes. It hopped around the nest busily, then flew up to the crest of the tree where the nest had been, to come back and hop around the wreckage of its home, screeching.

‘This bird must have laid those eggs,’ I told Tarzan. ‘Why don’t you give that egg back?’

He thought for a moment, squinting at the restless bird. A sad smile appeared on his face, and I thought that was the sign of his heart melting. ‘Yes, let’s put the egg back,’ he said, holding the remaining egg up against sunlight. The bird, as if it understood Tarzan’s words, took a few steps to be closer to us, looking sideways quickly. But Tarzan tapped his cutlass on the egg, cracking it open, and drank up its contents as the bird and I stared in utter disbelief. Then he put the shells back in the nest and walked away, leaving me with a lifelong dislike for fried eggs, omelettes and anyone named Tarzan.

Acknowledgement:
Above excerpt is published with permission from the author / publisher and is copyrighted. 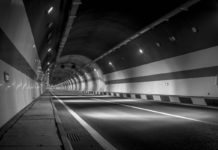 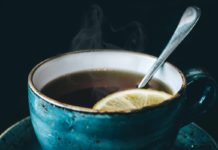 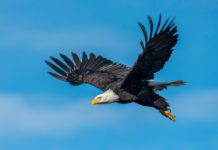 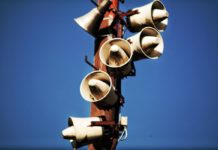 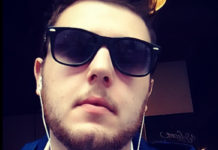