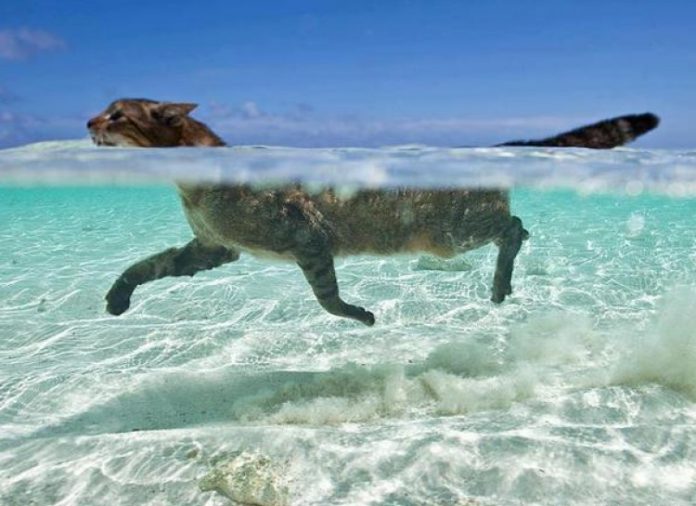 The drop that was sucked this afternoon
was the last one. The sea went dry.
From the moment the hungry cat in the painting
transferred the sea into its stomach
the black and white picture turned blue.
The sea jumps from one branch to the other.
In the gentle warmth of the kitchen
sleeps the sea with soft undulating waves.
A boy relentlessly chases away the sea.
The sea with its tail bouncing,
rushes into the street only to be hit by a bus
and lies injured on the street.
The sea wobbles on the street
with waves murmuring softly, softly.
I redraw the cat in the painting.
The strokes turn into waves
Gushing all over the walls.

***************
(Note: Riyaz Qurana is a Sri Lanka based Tamil poet.
Rajesh Subramanian is a literary translator and also the editor of Modern Literature)